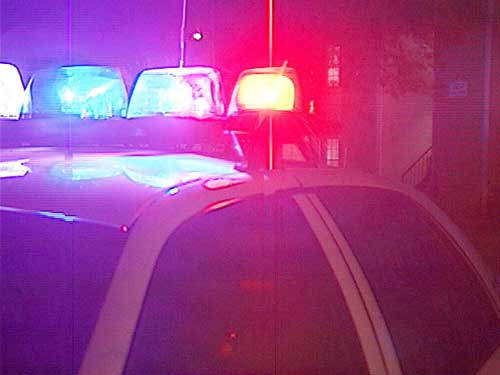 *The following story was submitted via Copblock.org’s Submission Tab by Max Freeman*

Backstory: Danny has lived in Berwick his whole life, for the past 25 years, he along with dozens of others parks their cars under an overpass temporarily for various reasons. His best friend’s mother lives across the street and they have never had an incident. On May 15th, Danny and his son Trystan parked their truck under the overpass to carpool to check on a job site. They were only gone for an hour and when they came back the incident occurred.

Series of events leading up to video:
– Danny parks his truck across the street, the direction they came from and allow Trystan and his nephew to go get the truck.
– They were met at the truck by Asst Chief of Police, David Leonard Sr, and his son, David Leonard Jr; Leonard Sr was clearly agitated with the fact the boys parked here.
– Danny notices man yelling and cursing at his son across the road so he gets out of his truck to see what is going on, David Leonard begins shouting at him with all sorts of profane language.
– Chief of Police James Richard arrive at scene and that’s when Trystan had the idea to begin recording the incident so all parties involved would be held accountable.
– Video ensues until James Richard makes contact with Trystan asking him if he’s ever been arrested before, then asking if he was driving the truck. At this point Richard reaches for Trystan’s phone and he resist saying “You can’t take my phone!”
– This is where the video ends but the assault begins, at this point Leonard Jr tackles Trystan into the Jeep so hard it shuts the phone off, and then subdues him with his knee in the back of his neck and upper back.
– At this point Sadie, Officer David Leonard Jr’s K9 came out from behind an open gate on his property and bit at Trystan, luckily only grabbing onto the neck of his shirt before Leonard Jr called him off.
– Danny claims his son just recently had open heart surgery and that the officer needs to ease up about 6 or 7 times, Leonard Jr finally releases Trystan after a patrol officer rolls up and cuffs Trystan and arrest him for resisting arrest and blocking a driveway (which is only a dirt path coming out of a gate that no one ever uses).
– Trystan is released an hour later, Berwick Police Department refuses to press charges against Leonard Jr, although Morgan City Police Department has told Danny that Leonard Jr is now on paid administrative leave.