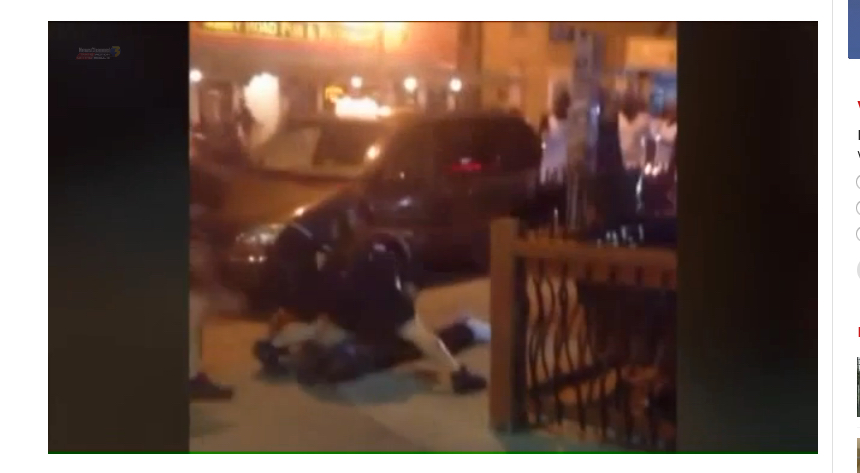 A recent video being passed around social media – which surfaced on Twitter first – shows three Virginia Beach Police officers attempting to arrest a man. The only problem is, from the video, and witness reactions, it seems that the police might have been a little heavy handed. See video below. You can see in the video that the third officer to arrive immediately starts using his knee to assault the person being arrested. The social media pressure that’s been put on the department has lead to an internal investigation according to the police chief. From News Channel 3:

Virginia Beach, Va. – The Chief of Virginia Beach Police has requested an internal investigation into a Use of Force incident that occurred around 1:00 a.m. Sunday morning. Police say they were alerted to a dispute at the “Sandbar” located in the 2100 block of Atlantic Avenue. When officers arrived, a citizen reported an assault and pointed out the suspect. Officers encountered the suspect, identified as 27-year-old D’Vondray Terrell McIntyre of Wylie, Texas, and attempted to make contact with him. McIntyre was reportedly uncooperative and assaulted the officer. A foot pursuit began in which McIntyre reportedly assaulted a second officer before he was stopped in front of “Club Lunasea.” Police say McIntyre continued to resist officers and refused to comply with their commands. McIntyre was ultimately taken into custody and charged with two counts of Assault of a Police Officer, Assault and Battery, Resisting Arrest and Obstructing Justice. Chief Jim Cervera is aware of the incident and has requested an internal investigation into the Use of Force that occurred during the arrest. The department will evaluate whether the tactics used by officers were consistent with Department Policy.

I’d be willing to bet that VPD will protect their own and state that the use of force is justified, yet, this case is slightly different. Here we’ve seen the power of the video camera because normally such an investigation would require a complaint. Now all it takes is some video, the internet and a little knowledge. If you’d like to share your thoughts with the Virginia Beach Police department you comment on their Facebook page here or contact them below.