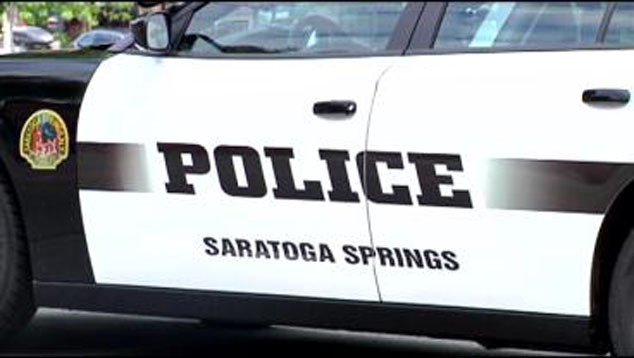 Adam Rupeka is the founder of Capital District CopBlock, a CopBlock Network contributor and overall pain in the butt to law enforcement all over New York. His specialty is conducting First Amendment audits of government buildings, like jails, police stations, and federal buildings, but recently he found himself the victim of an illegal traffic stop. Rupeka blogged about his experience with Saratoga Springs Police officer, Nathan Baker, on May 17th stating:

I received a tip from a concerned citizen of Saratoga Springs NY that the local police department was corrupt and abusive to the citizens. Here is a story of such abuse and cover ups.

So on 5/16/15 I headed up to Saratoga Springs. When I first arrived into the city I figured I would test them on Supreme Court rulings by giving them the middle finger. Officer N. Baker decided he would illegally pull me over and arrest me for disorderly conduct, even after being told the Supreme Court has ruled that a police officer may not initiate a traffic stop based on that reason. Officer Baker stated that the local judge says its disorderly conduct.

He pepper sprayed me twice and twisted my arm out of the car window. Put the hand cuffs on so tight that my hands were losing circulation. Then he put me in the back of the police car with the windows rolled up and refused to open them or allow air to the back of the car. He stated that they do not have a neutralizing agent for the pepper spray even after I told him I am having trouble breathing.

Once at the police station, I was still having issues breathing, so I stood up and tried to breath easier. Two officers proceeded to choke, knee, kick, and punch me, because I was standing. The Saratoga Police even told EMS personnel to leave until I answer questions from the officers.

Once at the hospital, Sergeant J. Cadoret arrived with a traffic ticket and an appearance ticket, which can be seen at the end of the video. He proceeded to ask for permission to view my camcorder footage. I said no! Then he stated he will get a warrant, but he would not give me my camera back. Of course, I did get my cell phone and dash cam back. That’s why I have video and audio now, but the camcorder that I placed on my dash board facing me and officer Baker was the one taken. And all recording devices were shut off by officer Baker before he searched and towed my car, even though I was in a legal parking space.

I told Cadoret that I want to file a complaint against officer Baker and he told me that I can’t because it is under investigation already. When I left the Hospital, I went to the police station to file the complaint and now that a camera is recording I was “allowed” to. I also asked for a second form to complain about Cadoret and he told me that I can’t because its unfounded. However, after sufficient protest, he finally did give me another form.

This is just another case of police abusing their power. They make up charges because they personally don’t like what someone is doing. They do not respect the constitution, law, or citizens rights. And they wonder why people don’t trust them. No one ever gets a warm fuzzy feeling when they see a cop in the rear view mirror and this is just another example of why. Since that post Rupeka was given his property back and was able to release the footage to a local news outlet. He’s since retained an attorney and has been instructed not to talk or post video about the encounter until it has concluded. According to WNYT.com:

Rupeka wasn’t charged with disorderly conduct, but rather obstructing governmental administration and resisting arrest, and he was ticketed for having an obstructed view.

But Rupeka says the arrest and the use of force had more to do with the gesture he gave the officer and the stickers on the back of his car, one promoting an organization called Cop Block.org and the other saying “Film the Police.”

Rupeka admits that it wasn’t very nice to give the finger to the officer, but points out that it was within his constitutional rights.

He says the pepper spray landed him in the hospital, police had his car towed, and it cost him $153 to get it back.

And they took his camera. Officer Baker can be seen grabbing it from the dash. Police gave it back Tuesday afternoon, after copying the video.

“What he did is completely out of line. Having the public made aware is one thing, but unless they’re made to pay, they’re going to keep doing it. It’s not going to stop.”

Officer Baker is still on paid administrative leave. Rupeka will be arraigned on the charges Thursday morning.

Officer Nathan Baker has already been placed on and will remain on administrative leave pending the outcome of the internal investigation.  We will make every effort to keep the public informed to the extent that we are legally able to do so.  I believe that it is more important to come to a correct, rather than a rushed resolution to this matter.”

Rupeka is dead set on fighting this as far as it needs to go and you can see that he’s willing to make a stand by checking out his YouTube Channel. There you can see him stand up for his (and your) rights time and time again. Consider calling the Saratoga Springs Police Department to inform them of your displeasure of the treatment Nathan Baker gave Rupeka over a simple middle finger.