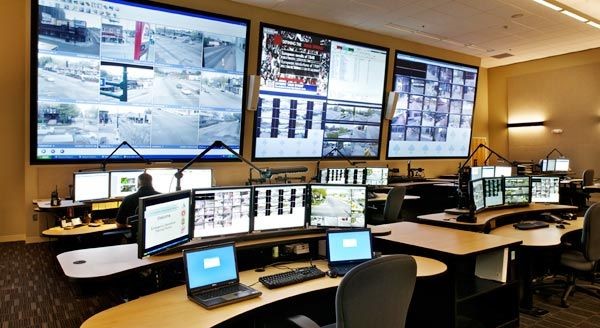 State and local government agencies in Minnesota have installed over 30,000 surveillance cameras in cities across the state, capable of networking and interacting with each other.

The suburb of Brooklyn Center has spent $490,000 upgrading its cameras and security surveillance network over the last three years, which monitor 189 surveillance cameras trained on schools, a community center, a golf course and other city-operated facilities.

“We are trying to get video of who may be at the door entrances and exits in that perimeter around your building,” Information Technology Director for Brooklyn Center Patty Hartwig said. “And then some key locations inside the building, depending upon what the nature of our business unit is there.”

The city discards most video files after 30 days. Footage from cash register cameras tied into point-of-sale software at two municipal liquor stores remains on the city server for 60 days to allow time for credit card transactions to process. Officials assert the technology is instrumental in prosecuting fraud.

“Juries, judges, prosecutors, they want video and they almost expect video,” Brooklyn Center Police Cmdr. Brian Peters said. “We’ve made a very large investment into technology, which in my opinion is a huge benefit, not only to the department but officers.”

Pro-Tec Design, a Minneapolis security convergence company, has incorporated standardized software, called Milestone, that gives cities and agencies the ability to share surveillance footage between communities and other levels of government instantly.

“That fictitious wiring, where you can all of a sudden flip the switch, and suddenly everybody’s sharing everybody’s video, we’re still far away from getting that stuff ready,” Pro-Tec Design Director of Sales and Marketing Tim Ferrian said. “But, at least from the conversational level and actual software level, we’re well down that path. We’re not going just on the city, but also on the county and state levels. We’re trying to connect them all.”

The Minnesota Department of Employment and Economic Development also uses the software, but it is not connected to other agencies or local governments.

“The technology is moving fast and city councils and public bodies, they’re not asking the questions,” MN watchdog and blogger Rich Neumeister said. “The questions are, what are we doing with this? Is it focused? What technology is it? Any kind of facial recognition? It all comes down to who’s watching the watchers. The typical old question.”