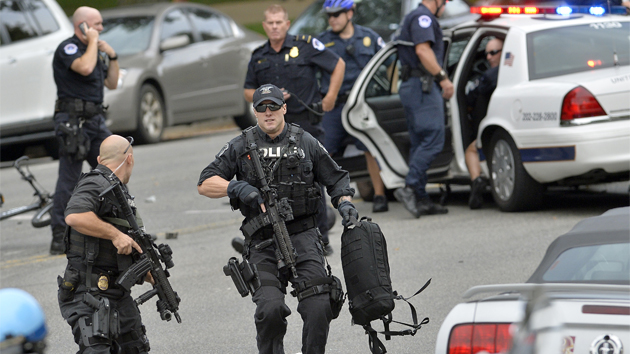 After three separate instances of guns being left in public bathrooms by the Capitol Police in Washington, they are are now required to undergo additional training at the expense of taxpayers. According to CNN, this isn’t the first time this has happened this year:

In January, a gun belonging to member of Senate Majority Leader Mitch McConnell’s security detail was found by a worker in a bathroom at the Congressional Visitors’ Center, a congressional source said.

In March, a member of House Speaker John Boehner’s police detail left a gun after using a toilet in the speaker’s suite of offices in the Capitol. That gun was found by a young child, two congressional sources told CNN.

And in April, a housekeeper working in the Capitol Police headquarters, a few blocks from the Capitol, found another misplaced gun while cleaning, according to a congressional source familiar with the investigation. Dine said Wednesday that the each case is or will be in the process of a thorough investigation. In the meantime, he’s considering increasing the penalties for officers who leave their guns where they shouldn’t.

A Capitol police officer who mishandles a weapon typically receives a minimum five-day suspension without pay for the first offense, Dine said.

But the police chief said he is considering increasing the minimum penalty for the first offense to a 30-day suspension, and that termination is another option.

In light of the recent reports of gun mishandling, Dine also said the agency is creating online training “that everyone will go through once a year.”

This is Washington’s finest? This has happened three times already and we aren’t even halfway through the year. Why were those officers not fired? The way I see it, more training will not likely fix this problem as this should already be common sense. One thing I know for sure, if I ever decide to visit Washington, thanks to the incompetence of the Capitol Police, I now know who NOT to call.