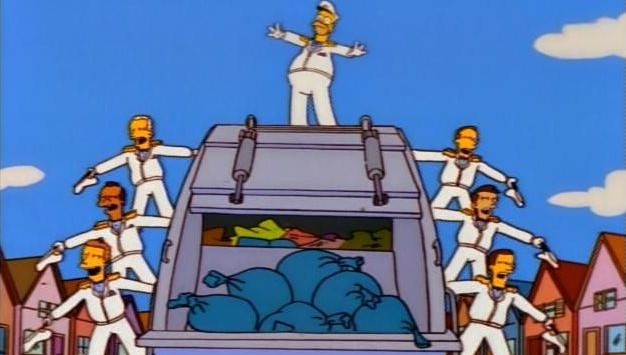 This Memorial day weekend, Americans are shifting their hero worship from police to veterans and soldiers fallen in war, but the U.S. military isn’t the only industry that often demands the lives of it “employees.”

According to data from the Bureau of Labor Statistics, 4,585 American civilians died while doing their jobs in 2013, and being a police officer didn’t even make the top 15 most dangerous list.

With the recent reactionary launch of “Police Lives Matter,” coupled with the onslaught of press regarding police deaths, most Americans would be inclined to think that being a police officer is the ultimate danger – Especially when outlandish claims like, “hundreds of police officers are murdered in the line of duty every year,” are made by people like the Police Commissioner of New York.

Police routinely invoke the dangers of their job to justify everything from preemptive excessive force to retaining military surplus gear like tanks and grenade launchers.

According to the data, loggers, fishers, pilots, miners, roofers, garbage collectors and more all have much more dangerous jobs than police. The fact of the matter is that everyday Americans working in numerous private sector jobs are much more deserving of our adoration.

When looking at the number of deaths per 100,000 employees, the countries most dangerous job, logging, experiences over nine times the lose of life than police employees do.

Also, despite what the media may lead us to believe, the number of police deaths are actually decreasing. 2013’s fatality rate is about 30 percent lower than in past years.

The statistics shed light on the reality that police officers aren’t special, and neither are soldiers in terms of losing life in the fulfillment of their chosen occupations.

As with police, and most other “professions,” accident-related casualities account for most military deaths and have been responsible for an average of 40.8 deaths per 100,000 service members per year since 1980.

Had the United States not involved itself in the “liberating” and policing of Iraq, the average number of combat fatalities would be far lower. The wars in Afghanistan and Iraq  have pushed that number up significantly to a rate of 27.7 service members per 100,000 per year from 2001 through 2010.

While becoming a solider or police officer may not be the safest occupation relative to most others, they are hardly the death traps some would want us to believe they are.

US Navy SEABEES, Port Hueneme, California Beer Glass "Can Do Since '42"