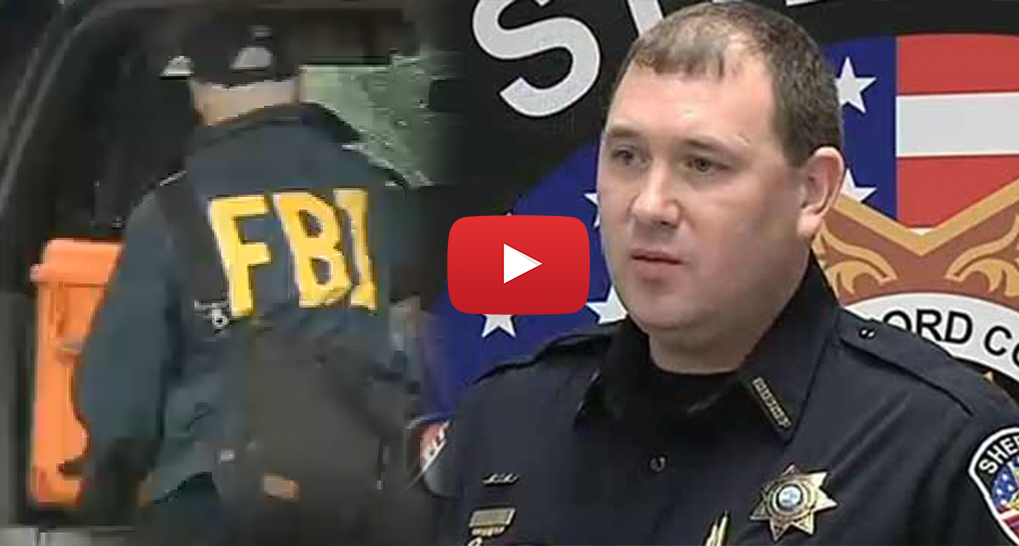 The FBI and the TBI searched the Rutherford County Sheriff’s Office and Sheriff Robert Arnold’s house in connection to an ongoing investigation.

The five locations that were searched on Thursday include Arnold’s house in Murfreesboro and two homes of Administrative Chief Deputy Joe Russell, one of which is next-door to Arnold’s home. Russell’s other home is on Riverbend Drive.

The fourth location is the Rutherford County Sheriff’s Office, where FBI and TBI agents were seen carrying out boxes on Thursday morning. Agents said they are looking for documents and digital evidence that would indicate any possible wrongdoing.

Agents also searched the headquarters of JailCigs in Marietta, GA. The company is owned in part by the sheriff’s aunt and uncle.

Sheriff Robert Arnold has been under investigation since April when it was discovered that he has ties to the for-profit company, Jail Cigs, that sells electronic cigarettes to inmates at the Rutherford County Jail. Arnold admitted that his relatives own the company and that his wife works there part time.

Rutherford County Commissioner Michael Kusch also had something to say about the discovery:

“I would be glad to go on the record to say I wish he would step down . . . I’ve had so many people call me, constituents call me saying this gives the county a bad name.” Since the investigation started, several more for-profit contracts have been discovered that county officials knew nothing about.

Along with JailCigs, a tablet contract was signed last year with a company called Telmate that allowed the company to put tablets in the county jail where the inmates or their families could pay a fee to use them and the sheriff gets a 25% cut. Another contract was signed where the Rutherford County Sheriff’s Office bought $15,000 dollars worth of special equipment including stun guns, that were never approved by the county’s finance committee. It was also discovered that some of the Rutherford County Sheriff’s Office employees profited off of ammunition during the ammo shortage of 2013. Nashville’s News Channel 4 I-Team reports:

The I-Team has learned during that time, some employees of the Rutherford County Sheriff’s Office were buying tens of thousands of dollars worth of ammo from the county’s wholesale distributor to apparently resell themselves.

Internal documents obtained by the I-Team show they were doing this on county time using county equipment.

Gulf States Distributors is Rutherford County’s ammo contractor. Invoices show the company also sold about $75,000 worth of ammo privately to four employees in the sheriff’s office. The bulk of it was sold to Maj. Jacoby O’Gwynn and Capt. Barry Hendrixson.

Sheriff Robert Arnold’s history at the Rutherford County Sheriff’s Office has been what many consider to be a complete embarrassment. A review of Sheriff Arnold, written by Murfreesboro resident Jacob Bogle, can be found here. Jacob Bogle, along with a group of county residents known as Tennesseans Against Corruption have decided to take legal action to oust the sheriff from office. They have also created a Facebook page for the cause, Oust Sheriff Arnold, that has a donation link where donations are being accepted for legal expenses associated with removing Sheriff Robert Arnold from office. So far, they have received just over $3,000 dollars of their $10,000 dollar goal. The link to the donation page can be found at www.OustSheriffArnold.com.