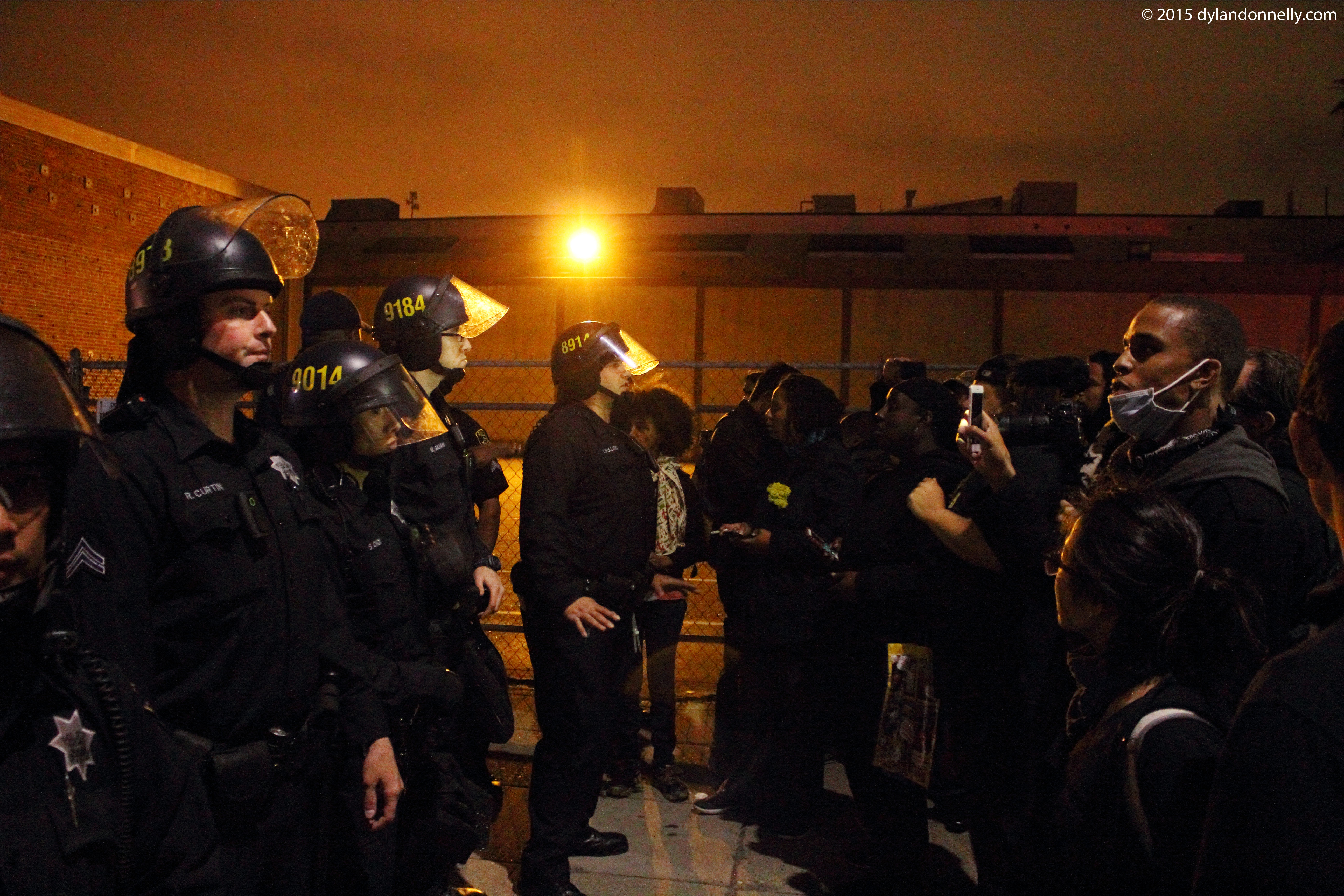 Just after sunset on Saturday, approximately 150 demonstrators marched from 14th Street and Broadway to the Police Administration Building and then to Jack London Square, taking over the street to protest the new ban. At least one demonstrator was arrested on Broadway. Lieutenant Randell Wingate said the person was arrested for refusing an order to walk on the other side of the street. Under the mayor’s new policy, which civil rights attorneys say is illegal, demonstrators are not allowed on city streets after dark and can only march on sidewalks. The mayor has said that the ban is designed to end vandalism during protests.

The Oakland Police Department deployed a large force of officers to follow the demonstrators. No vandalism was apparent, however. The rally was organized by the same group of Black women who attempted to march on Thursday night but encountered the first enforcement of Mayor Schaaf’s new nighttime street marching ban.

One of the women detained was Oakland Planning Commissioner Jahmese Myers.  When police snatched a person for no apparent reason, Jahmese became vocal.  Police rushed Myers, causing her to drop a candle, shattering glass, and agitating the crowd even more.

“We are at a crossroads with the City of Oakland, with this administration, and with the police,” said Myers. “Black folks are having to fight for our lives. Low-income people are fighting for their right to stay in this city.”

Cat Brooks, a protest organizer, told the group that Schaaf is trying to “quell the resistance” of Black people against police violence. “We’re not going to walk on sidewalks,” she said. She was also detained and cited.

The Oakland Police Department initially told the crowd that they were there to facilitate the march, but that’s not what happened.

At 9:00 p.m., police blocked the march from moving forward at the intersection of 3rd Street and Washington in the Jack London district. Demonstrators attempted to push their way through the police line. They maintained that the nighttime ban is unconstitutional and violates OPD’s own crowd control policy.

During the scuffle, several protesters were pulled behind police lines and detained. OPD then declared the march an unlawful assembly and issued a general warning that chemical agents would be deployed.

Tear gas canisters were detonated but the protesters eventually sat down in the street, refusing to leave.  That’s when they were surrounded by police and detained.