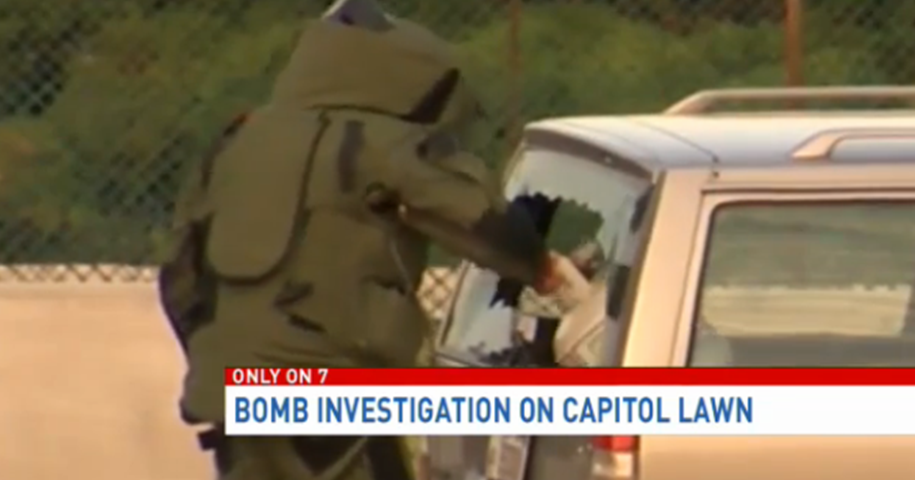 Capital police broke into a man’s unattended vehicle, parked near the National Mall in D.C. on Sunday, and blew up a pressure cooker they found inside, video recorded from the scene illustrates.

Police say that Capitol police officers spotted the parked, unoccupied car on a street west of the Capitol around 5 p.m. before “further investigation revealed a pressure cooker and an odor of gasoline.”

Police Lt. Kimberly A. Schneider said the Capitol Police bomb squad was called in because the vehicle was deemed “suspicious in nature.”

Officials have rationalized their clear violation of property rights by noting that pressure cookers have been used in the past to create bombs. In April 2013, two pressure-cooker bombs were set off near the finish line of the Boston Marathon resulting in three deaths and more than 260 injuries.

Schneider said police destroyed “items of concern in the vehicle including the pressure cooker” Sunday around 7:45 p.m. after temporarily closing off the area.

Police admit a follow-up search of the vehicle found nothing hazardous or related to bomb making.

That didn’t stop the vehicle’s owner, identified as Israel Shimeles of the Washington suburb of Alexandria, Virginia, from being arrested and charged with driving on a revoked license – even though he was not spotted driving by officers.

Giving up the liberty to be secure in ones own property and possessions for an external and abstract sense of security may be an adequate trade off for some, but let us never forget that this exchange always yields neither liberty or security in the short or long run.

The Fourth Amendment of the U.S. Constitution prohibits unreasonable searches and seizures and requires any warrant to be judicially sanctioned and supported by probable cause. It is not clear weather a search warrant was sought or attained by police prior to the incident.

It is also not yet clear if Shimeles has retained an attorney or plans on taking legal action against Capitol police or the other agencies involved.