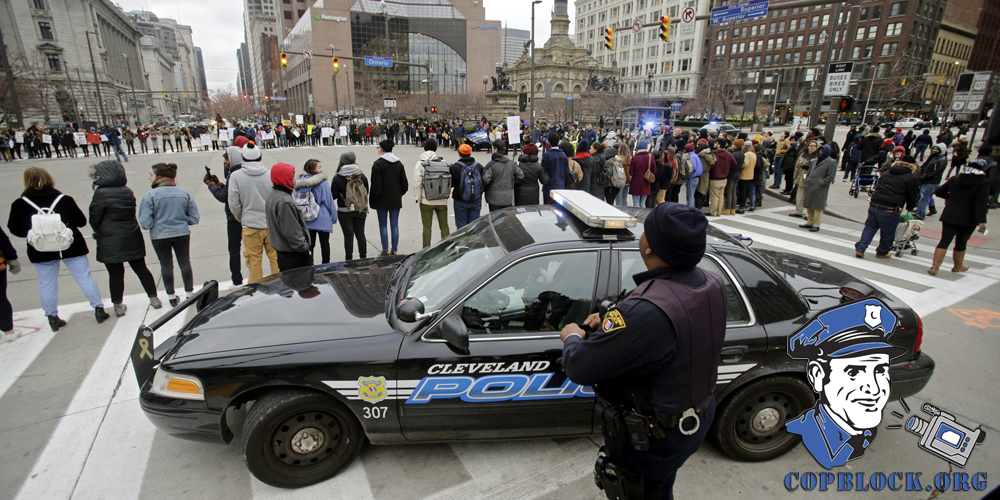 Cleveland, Ohio – A slew of unprecedented regulations for police in Cleveland were just announced by United States Attorney Steven Dettelbach in hopes of curbing some of the escalating tensions between the people and the police in a time of escalating police brutality. This comes on the heels of the acquittal of Michael Brelo after he stood on the roof of a car and fired at least 15 shots through the windshield at two unarmed victims victims, the upcoming case for the police killing of 12 year old Tamir Rice mere seconds after they arrived on the scene, as well as a scathing report issued by the Department Of Justice following a 21 month long investigation into the Cleveland Police Department that found systemic corruption in the department including:

At one point, the report even shockingly stated:

“We found incidents of CDP officers firing their guns at people who do not pose an immediate threat of death or serious bodily injury to officers or others and using guns in a careless and dangerous manner, including hitting people on the head with their guns, in circumstances where deadly force is not justified. Officers also use less lethal force that is significantly out of proportion to the resistance encountered and officers too often escalate incidents with citizens instead of using effective and accepted tactics to de-escalate tension. ”

Many instances of these abuses went unreported, and without an investigation. How there hasn’t been a clean sweep of the entire department is anybody’s guess. But none the less, the sweeping reforms aim to restrain the ability of police to use force and to make accountable those that break these new standards.

Some of the changes detailed within the 105 page settlement include: Those less critical of the police, even in the face of such a damning report, feel that these measures will make the police overburdened with paper work, which they already feel is too demanding. Nevermind that the DOJ found that these cops were firing their weapons and never telling anybody about it. Others say that the micromanaging of the police, such as reporting on when a gun is taken out of the holster, will discourage police from grabbing their guns and put them more at risk of bodily injury. Considering that 2014 was one of the safest years on record to be a police officer, violent crime is plummeting, and that over 1000 people are killed by police each year, I’d say it’s long over due that police are discouraged from using their guns.