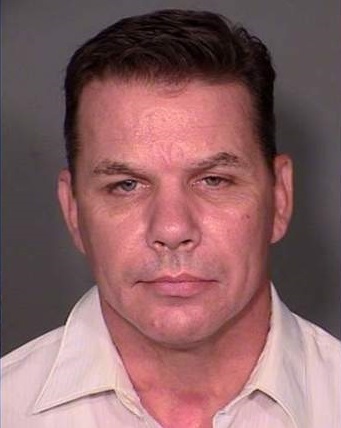 On Wednesday (May 27, 2015), Patrick Taylor turned himself in on charges involving child pornography, stemming from a March 19th raid on his house after investigations by the LVMPD’s Internet Crimes Against Children Task Force and Internal Affairs Bureau. According to Metro, he is being charged with a single count of possession of child pornography and two counts of distribution of child pornography. In spite of the seriousness of those charges, he has been released without bail after his initial court appearance at the Regional Injustice Center in Las Vegas, which took place Wednesday morning. The only conditions being that he promise not to contact his victim or to access the internet or social media.

Anybody that has been paying attention in recent times undoubtedly has noticed that one of the many crimes on the rise within the ranks of police officers are sex crimes. It’s getting rare when even a week goes by that CopBlock.org isn’t posting a story about a cop being caught using their position to rape or in some other way sexually exploit someone. In fact, this isn’t even the only time in recent history that a Las Vegas cop has been caught, as the LVRJ’s article about this case points out.

The 12-year department veteran was arrested in October after an investigation into child pornography on his Google cloud account. Henry worked as a patrol officer in Metro’s Convention Center Area Command, which includes the Strip.

In addition, there is the case of the woman, who was sexually assaulted by a Las Vegas court marshal (see video below) and then arrested for reporting it to a judge (that ignored her complaints), a detective, who assaulted the hooker he was visiting (while on duty and driving his police vehicle) after she increased the price on him, and that’s just within Las Vegas in recent times. As you can also see by the quoted LVRJ article above, Taylor’s child porn predecessor, James Henry, only received probabtion for his crimes and exploitation against children. Yet another example of the lack of accountability that these cops have come to expect from the “Justice System” and, no doubt, one of the explanations for this influx of criminals in general within the police departments nationwide.

Sexually assaulted by a Las Vegas Court Martial; then arrested for reporting it: