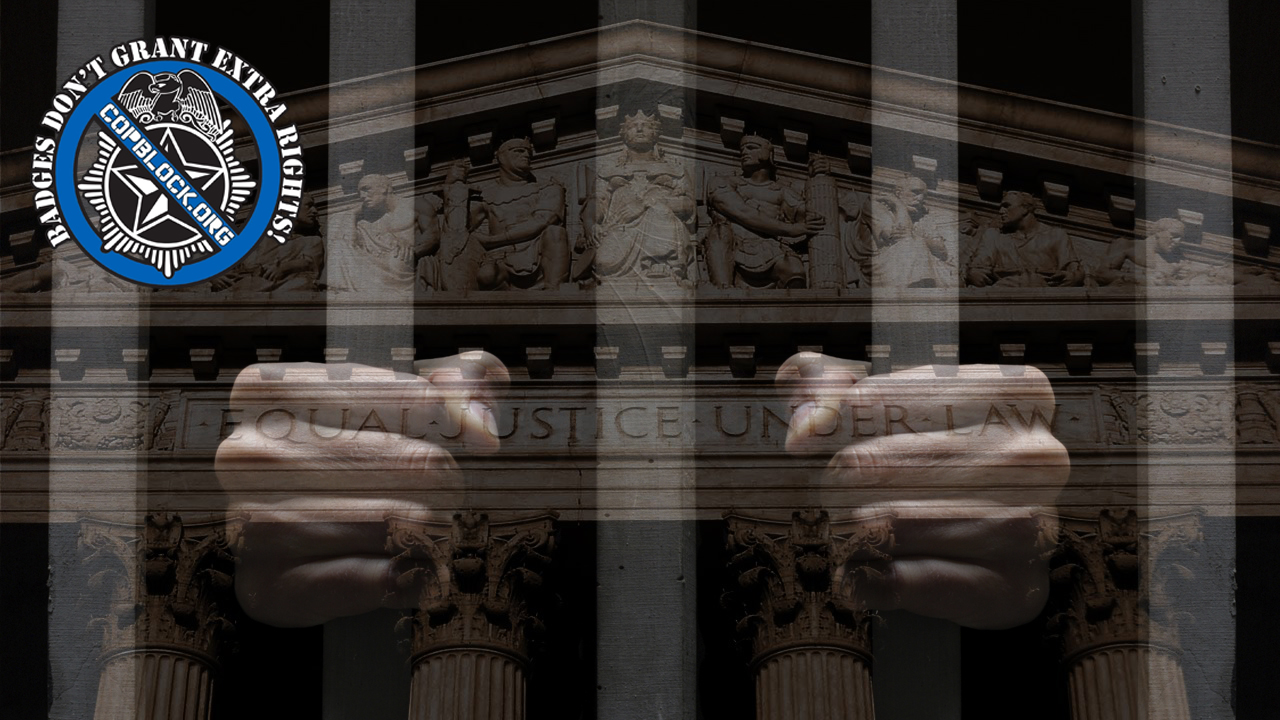 This is pretty much how every police apologist begins the argument, when faced with instances of law enforcement malfeasance. While there are a slew of familiar excuses for various acts of police abuse – “just doing their jobs,” “the victim was drunk,” “the victim asked for it because he failed to comply,” etc., those become difficult to apply when police behavior is so inexcusable and abhorrent that even their staunchest defenders are at a loss for words. Examples of this would include shooting unarmed people in the back, tasering children in the head, killing children, or beating pregnant women, among others.

In those situations, police-worshippers fall back on, “It’s just a few bad apples.” Alas, cop-lovers who lazily fall back on this term forget the full idiom: “A few bad apples spoil the whole bunch.” Applied correctly, it would seem this saying actually supports what police critics have been arguing all along – that the whole bunch is inevitably rotten by this point.

Numerous lawsuits arose after Chicago Police Department Lieutenant Jon Burge engaged in repeated acts of torture and forced confessions of innocent people over decades. The department (not just a few individual officers) is alleged to have maintained “black sites” where officers purportedly engaged in off-the-books interrogation of people without attorneys, and by using torture (more here).

Just a few years ago, the entire police department of Bell was taken over after allegations of salaries inflated by corruption and voter fraud that occurred over several years.

More recently, a third of the King City Police Department’s officers were arrested on various charges, including bribery.

Police are not the only law enforcers whose “bad apples” are less rare than one would hope. Earlier this year, 9th Circuit judges lamented a pattern of prosecutorial misconduct in the state of California when Deputy Atty. Gen. Kevin R. Vienna appeared before the court to uphold murder convictions against Johnny Baca in Riverside County. Lower courts had determined prosecutors had used false evidence in Mr. Baca’s trial, but upheld the verdict regardless. Judge Alex Kozinski asked Vienna about defending convictions “obtained by lying prosecutors.” Kozinski stated that prosecutors “got caught this time but they are going to keep doing it because they have state judges who are willing to look the other way.” Judge Kim Wardlaw further accused California courts of condoning prosecutorial misconduct by upholding verdicts (more here).

It would seem that in the face of entire departments all over the country demonstrating abject disregard for justice, Americans might become a little more open to the idea that it is less a problem of a “few bad apples” and more a problem of a rotten bunch.