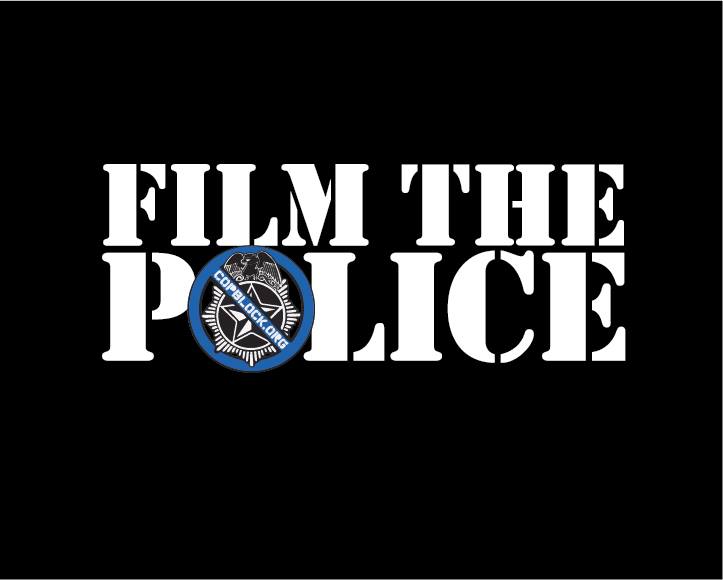 The following story and accompanying video were shared with the CopBlock Network by Ben LaVigueur, via the CopBlock.org Submissions Page.

I was driving down the highway and getting ready to make a right hand turn onto the road leading to my house when I noticed an Alaska State Trooper further down the highway who had someone pulled over on the side of the road. I didn’t think anything of it and made the turn to head home.

Immediately after turning, I pulled off the side of the road into a well-known and highly used gravel pullout to make a couple of text messages before finishing the drive home. After sitting there minding my own business and well out-of-the-way of traffic, I looked in my side mirror and noticed the Trooper’s vehicle stopped in the intersection and waiting to make a turn in my direction. I knew right away that he was going to stop behind me and sure enough he did.

I proceeded to lock my doors and start filming. As he walked up to my truck, I rolled my window down just enough for us to hear each other. Knowing that I was doing nothing illegal, I wanted to have nothing to do with his interrogation. So, I just kept speaking the magic words……”I don’t answer questions”, and by god IT WORKED!!!

While he is trying to get me to answer him, you can hear him in the video trying to fish for anything he can by stating that “you have your brights on blinding everybody that’s comin’ atcha”. Now let me make this clear that I was pointed off toward the tree line and was in no way blinding anyone down the road. It is obvious that the only person blinding everyone was the Trooper himself with HIS brights on, spotlight on and flashing lights, let alone blinding me with his flashlight!

Come on now! He was totally looking to intimidate me into cowering down and submitting to his line of questioning. After realizing he wasn’t going to get anything out of me and knowing he had nothing on me, he walked back to his car where he sat for a few minutes running my plates then drove off and I continued to go about my business.

But it didn’t end there. After I got home I received a call from my Supervisor at work (I was driving a company truck) asking if I was pulled over by the cops. After having to deal with my ignorant Supervisor, who attempted to give me a lecture before I cut him off and educated him on my rights, I then went to bed.

Well, about a week later, the owner of the company I work for pulled me into my office and tore into me about the interaction with the Trooper and threatened to fire me if I didn’t cooperate with Law Enforcement while driving a company vehicle.

Apparently, the Trooper had called my employer the night the interaction took place, since the vehicle was registered to them, and told them I did not want to answer questions and wouldn’t cooperate. I guess I did a good job of pissing him off. He was so bent out of shape about it he had to tattle-tale on me to my employer. He couldn’t just accept defeat. How professional.

Unfortunately, I did not get a name and badge number.

Nice job on your first video, Ben.  Ben remained calm and polite with the officer and engaged him as little as possible.  He was being a safe and responsible driver by pulling off of the road to make his text messages, so as to not endanger the other drivers.  The trooper calling Ben’s place of business when he did nothing wrong, is a serious overreach and should not have taken place.  As there was no law being broken by the driver, there was nothing to cooperate with.  I will say that trooper had every right to check on the driver on the side of the road to make sure everything was okay.  To serve and protect, right?  Once the he saw that there was nothing illegal taking place and that the driver was not in need of assistance, he should have returned to his car and left.

I would advise anyone to review you company’s policies to see if there is any policy in place that says that you must cooperate with police during a non-investigation when driving a company vehicle.  If there is such a policy, it would be wise to follow that policy as you are essentially using their property.  If no such policy exists, then use common sense during these interactions and protect yourself.