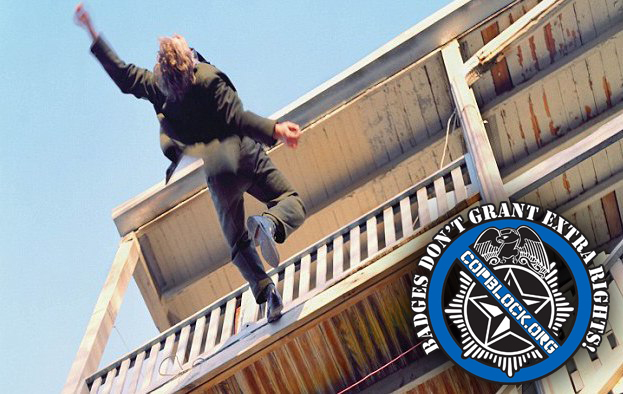 A former Yonkers, NY cop has been charged with perjury in obtaining warrants for a raid that led to a suspicious death. Neil Vera is one of two officers charged in the incident. According to lohud:

Vera and Detective Christian Koch pleaded guilty to perjury last month, admitting that they lied to a judge on an affidavit March 21, 2014, for a search warrant for a third-floor apartment at 141 School St. When police raided the apartment that evening, Tena fell out the window into the back courtyard.

Vera, a police union trustee who was assigned to the housing unit, claimed that he had conducted controlled drug buys at the apartment. Instead he had given money to his wife’s relative, who had a third person buy drugs, leaving Vera with no direct knowledge of the drug activity as needed for the search warrant. Koch and Vera claimed they had used a confidential informant on their drug probe, but investigators learned they had never spoken with the informant because he had been in prison out of state.

During the subsequent probe, Vera tried to cover up his actions by getting someone to lie to investigators that the person had conducted controlled buys for Vera. The former officer also pleaded guilty to official misconduct, a misdemeanor.

The Tena case led prosecutors to dismiss pending drug charges against at least 20 defendants in cases in which either Koch or Vera were involved. The felony drug conviction of a Peekskill man sentenced to 15 years in prison in 2013 was also overturned because prosecutors found Koch and his partner had testified falsely about the arrest.

“This is like a joke; he can be all week with his family … and (he gets) no prison,” said Maria Tolentino, sister of the deceased Dario Tena “I feel so disappointed with the justice (system).”

Tolentino and her lawyer have complained that no investigation into how the man fell from a third story balcony has ever taken place. They feel that the circumstances are suspicious, yet police and prosecutors have failed to explore the exact cause of his fall and subsequent death. Nor do they seem willing to do so, which makes Tena’s indictment on the perjury charges seem like a distraction from a much larger infraction. Yet another senseless loss of life in the abhorrent War on Drugs.