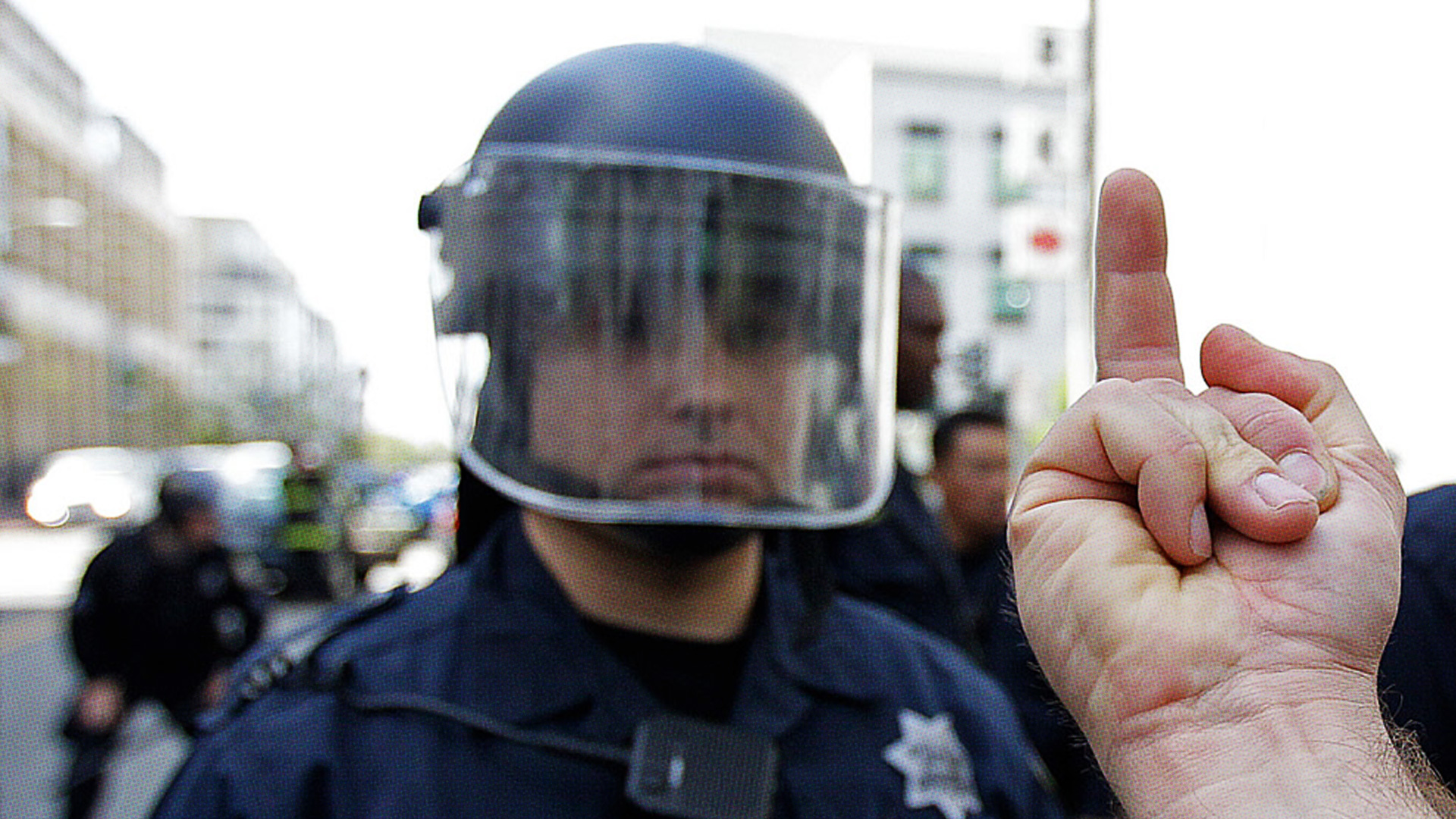 This video comes to us from the CopBlock.Org submit tab from The Vegas Biker on YouTube.

We have shared several stories recently of police reacting to being given the bird by citizens and here’s another.  Whether you agree with flipping off the cops or not, the video shows that they still try to bully you with their badge even when the “one finger salute” has been deemed protected speech.  The Court of Appeals for the Second Circuit spelled out in Swartz v. Insogna that giving police the finger is not enough grounds for making a traffic stop or detention.

In the video, the officer (LVPD Officer Porter, Badge #6054)  is obviously upset over being saluted by this guy.  After being flipped off, he turns around and catches up to him at an intersection to confront the Vegas Biker.  After pulling him over, just past the intersection, the officer demands his driver’s license over a traffic stop that was not legal to begin with, as no law had been broken.  Vegas Biker lays it out for the cop by stating case-law and the exchange is rather short.  The thing that sticks out in the video is the reason which Officer Porter gives for pulling the driver over.  The excuse given is that he thought he was being flagged down.  If you are familiar with the Swartz v. Insogna case, this is the same excuse Insogna gave as the reason for detaining Swartz.

As with any other human on the street, I have no problem with the officer confronting the guy as far as asking if he has a problem personally, but to use his badge to make an attempt to intimidate under the cover of the law is an issue.  Many would argue against the cop being justified in addressing the insult personally, but cops are humans with real emotions and are subject to being offended just like anyone else.  I know that, depending on the circumstances, I would ask a person what their problem was if they gave me the bird.  However, I would not attempt to oppress that person’s right to free speech, as is seen in the video.  Police officers should also know well enough that there are many out there that do not like them, and that their best course of action should be to ignore it.

Whether you agree with the actions of Vegas Biker or not, he’s a free man with the right to make his own decisions and express himself as he wishes.  We all have those same rights and how you decide to exercise them is also of your own choosing.  However, don’t be surprised by the reactions that may follow.  Just be sure to know your rights and record those reactions to protect yourself.