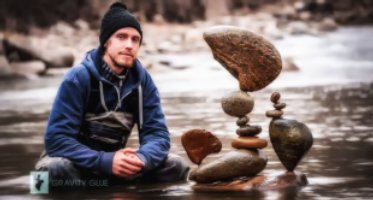 In yet another case that requires pointing out that it is not an Onion article, police in Boulder Colorado claimed that stacking rocks in an artistic design constituted “destruction of public property” and threatened an artist with jail if he continued maliciously balancing rocks on top of each other, without regard for the imaginary law.

It’s not really clear if this ridiculousness stemmed from just a fairly common lack of understanding of laws by the police or the seemingly as common confusion about what the terms “public property” and “destruction” actually mean. But, to be fair, this could also just be predicated on their even more common tendency to disregard all those things in an effort to bully someone, seemingly for no good reason at all.

In a Monday Facebook post, (Michael) Grab explained that a Boulder police officer had informed him that there would be stiff penalties for continuing his art.

“For the past 7 years i (sic) have been creating this art in and around Boulder, Colorado, USA. nearly every day!” he wrote. “[J]ust this weekend, one police officer has decided that balancing rocks in Boulder, Colorado is now illegal, obscurely referencing two city codes [5-4-8 and 5-4-2] about ‘destruction of public property’ in relation to rocks.”

“So now the police have belligerently taken it upon themselves to write tickets and/or arrest ANYONE balancing rocks in Boulder, CO. and specifically threatened to ticket me and/or arrest me if they catch me in the future,” the artist lamented. “[I] encourage as many people as possible (especially locals) to contact the city council here in Boulder and voice your support for this long standing tradition in Boulder. [I]t is something that an overwhelming portion of the community supports.”

The artist, who goes by the name “Gravity Glue,” was fortunately saved from  a life sentence (probably) of hard time and irony breaking rocks in the heat, after people followed his request for a call flood (as we like to call them) and someone in the local government made a phone call to the police department that more than likely involved the words, “Are you fucking kidding me with this?” being uttered at some point.

More than likely, that actually saved the Boulder police a bunch of embarrassment, more than anything else. The law that was cited by the unnamed cop with way too much time on his hands clearly doesn’t apply in the first place. Also, Gravity Glue has become somewhat of a YouTube celebrity after videos of his work have been posted there recently and people realized that it looks kinda cool and pretty impossible to do.

Plus, Rooster Magazine had already begun pointing out that perhaps the Boulder Police Department could better spend their time preventing actual crimes, such as the above average levels of robberies and rapes being committed in their town. There was a whole lot of stupidity and bad publicity just waiting to spring into action with just that one really dumb act.

So, for now, the horrible rock stacking crime spree will continue unabated. In an ideal world the cops in Boulder, Colorado (which by the way seems like the obvious place to stack rocks), would move on to fighting some of those real crimes, rather than harassing eccentric artists that nobody really appears to be bothered by. However, this is not yet that ideal world. Since cops generally have neither the legal duty, nor the inclination to actually do that, they’ve probably already huddled into a big circle to figure out what harmless person they should harass next.