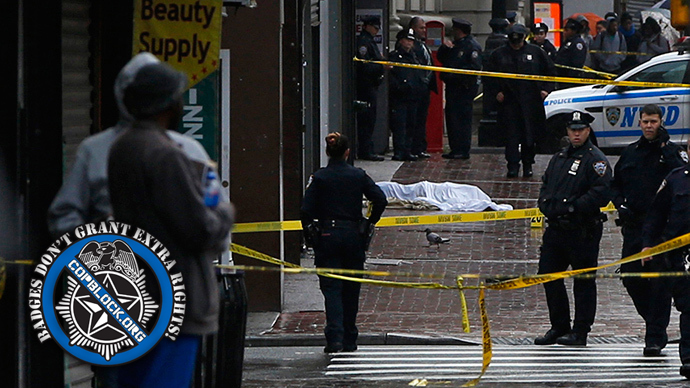 At least 385 people ranging in age from 16 to 83 have died at the hands of police across the US this year, The Washington Post revealed. One in six victims were unarmed, mostly black or Hispanic, and officers were charged in less than 1% of cases.

Using a variety of sources, including police reports, local news and one-to-one interviews the publication discoveredthat the daily officer-involved killing rate across the US since the beginning of 2015 stands at 2.6. This number stands contrary to the FBI statistics over the past decade that recorded 400 fatal police shootings a year, or an average of 1.1 deaths a day.

“These shootings are grossly under­reported,” Jim Bueermann, president of the Washington-based Police Foundation, told the paper. “We are never going to reduce the number of police shootings if we don’t begin to accurately track this information.”

In more than 80 percent of the cases the victims were armed at the time of the incident many of which started as minor incidents before escalating into violence. Gun assaults on police topped the list with 221 cases, followed by knives and blades with 68 cases.

However, roughly one in six victims were unarmed and could hardly pose any threat to officers. In 13 cases civilians were killed by cops after mistaking toy weapons for the real thing.

The publication discovered that two thirds of the unarmed people killed by police were either African American or Hispanic. The overall count for both armed and unarmed victims split in half between Caucasians and different minority groups.

In about half of the cases, police were responding to domestic or social disturbances. The other half took place because of the routine duties of patrol officers.

The victims were 16 to 83 years old, with almost a quarter having been identified as mentally ill.

The issue of excessive use of police force, especially against minorities, became heated in the US after a jury in Ferguson, Missouri back in October decided not to indict white policeman Darren Wilson over the killing of a black teenager, Michael Brown.

The situation was then exacerbated in December, when another grand jury declined to indict Daniel Pantaleo for the July death of Eric Garner.

Both instances sparked a wave of protests all across the US and the globe under the hashtag #BlackLivesMatter.