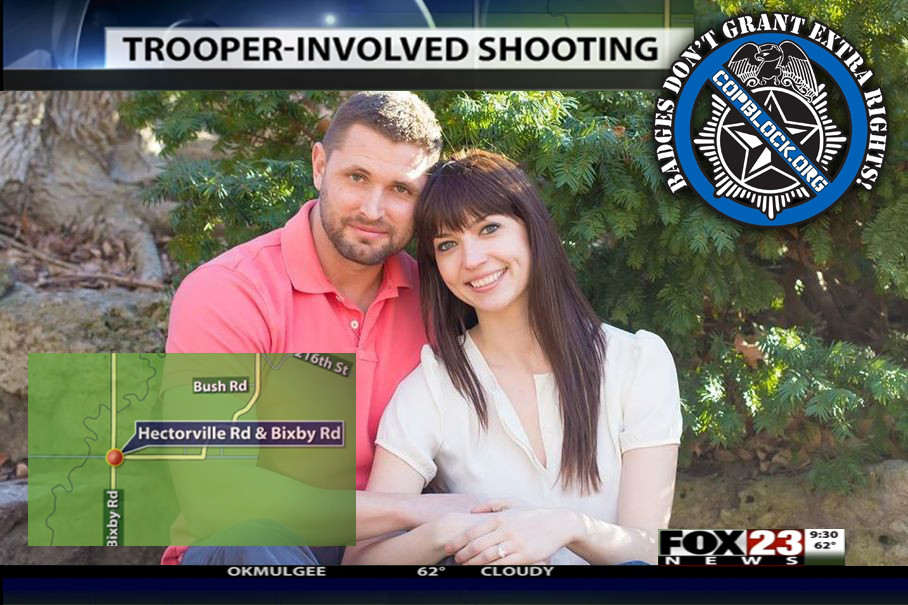 An Okmulgee, OK man, Nehemiah Fischer (35yrs), assistant pastor at Faith Bible Church in Tulsa, was shot and killed Friday night by Highway Patrol Officers Mark Southall and Michael Taylor, during what seems to be a very confusing interaction between he and his older brother, Brandon.

The account of the story, according to OK Highway Patrol, differs from that of Brandon Fischer, who was there when his brother died. According to OHP Captain Paul Timmons,

Nehemiah Fischer walked directly to Trooper Southall, grabbing and shoving him to the ground and the ‘rescue mission’ turned into one of ‘self defense’.

However, what took place is told much differently by Nehemiah’s brother, Brandon, and doesn’t seem to add up to the claims the OHP are making. According to Brandon Fischer, he and his younger brother were fishing on family property when the officers entered the area. The truck they were in was stalled and they were trying to push it out of the roadway. The two brothers couldn’t hear what was being said, and did not identify the men talking to them as police. They began to trudge through the water toward the officers. At some point they got close enough that Nehemiah lost his footing and fell onto Southall. It was then he was fired upon by both officers and died at the scene.

“He was the nicest person I’ve ever met. He was very giving. He made me want to be a better person. I can’t picture that happening”

“This behavior is not like my son. He was as gentle as a dove with people who needed a hand. When it came to being a Christian man, he was the real deal. He is twice the man I am, and I’m proud to say that”

At the family’s demands, dash cam footage is being provided of the incident.

Laura Fischer, now widowed one month before their first anniversary together, has started a GoFundMe campaign in her name for the cost of funeral expenses.