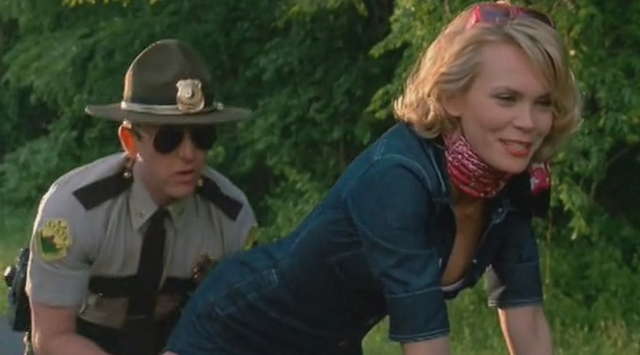 Multiple sources tell [us] the man accused of exposing himself on Maui over the weekend is a Maui County police officer.The incidents happened near an Upcountry elementary school, a shopping center, and a park.

Police confirm five separate sexual assault in the fourth degree cases were initiated, but witnesses are upset because they say nothing has been done.

On Saturday, a green Toyota SUV was seen driving around Pukalani with a yellow cloth over its license plate.

One caller, who asked to remain anonymous, says the man came to his house on Saturday and started yelling at one of his family members.

The caller said the man drove off, but they couldn’t get his license plate number because it was covered.

“Then he proceeded to go up to the park at Pukalani school and there were kids there, kids that I know, he exposed himself to them, doing the same thing,” he said.

I guess it is a good thing he belongs to a club that protects his members against the sorts of consequences non-members face. His perverse antics have been attributed to a ‘tragic mental breakdown’ and so far no charges have been filed against him, nor has there been any public recognition of malfeasance of an officer by the department. Stay tuned as he gets off scot-free and everyone forgets this ever happened.