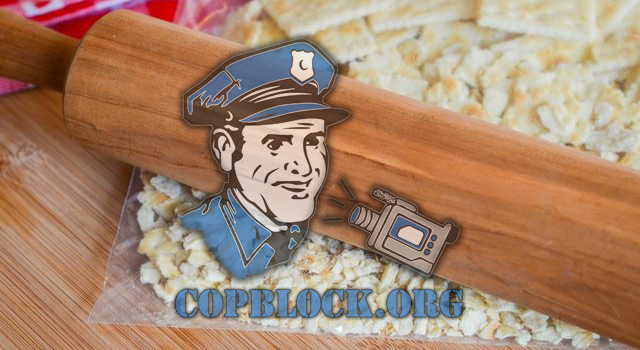 A Wenonah, New Jersey man has settled a lawsuit with Deptford-Township police in Gloucester County, alleging he was stopped for recording and arrested when an officer mistook his cracker crumbs in wax paper for crack-cocaine.

It took four years for police to settle for $35,000 of tax payer money with John Cokos, who was stopped when he was seen walking to Gloucester County College carrying a video camera in November 2011.

In the lawsuit, Cokos said Deptford Township Police Officer Matthew Principato made an abrupt U-turn and asked him “what his intentions were with the video camera.”

Cokos said that he didn’t answer Principato’s question and instead asked “whether he was charged with any offense, and, if not, … whether he was free to leave.”

Cokos said Principato ignored his questions, and told him there has been burglaries in the area and that the camera made him look suspicious.

Cokos said that he then asked Principato to have his supervisor come to the scene to “have the encounter witnessed,” and after Detective Edward Kiermeier arrived, the officers told Cokos to turn his camera off.

When Cokos refused to follow the orders to stop recording, the lawsuit claimed, the officers got physical with him, and “forced [him] against a guardrail” – where they searched him and found Saltine cracker crumbs in brown wax paper they believed to be crack.

Cokos was then arrested on drug possession charges.

While being held at the police station, Cokos said one of the officers informed him that “the supposed crack cocaine was, in fact, a piece of saltine cracker.”

He was still charged with “obstruction of the administration of law” which he was found not guilty of in January 2012, according to court records.

The settlement agreement resolution notes that the $35,000 payment “does not constitute an admission of wrongdoing by Deptford [police] or any of its officials.”