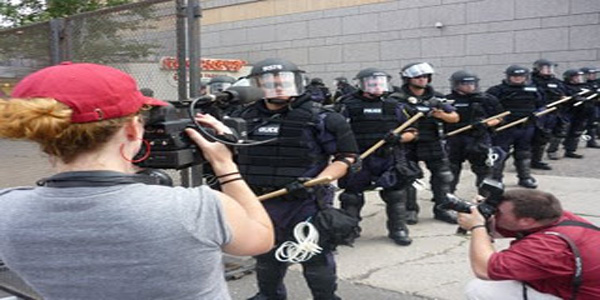 [This post will serve as the meta-post for all Michael Allison-related content. We welcome submissions to help keep this page timely and on-point, whether that’s a link to a breaking story or a write-up about public official accountability (or lack thereof).]

A mechanic and construction worker by profession, 41-year-old Allison just wanted to work on cars he owned that were parked on private property (his mom’s) in southeast Illinois, yet area bureaucrats, citing a local zoning ordinance, demanded that he register or garage each vehicle. Seeing such measures as nothing more than revenue generators, Allison filed suit against the city. They responded not with open conversation but with harassment from their enforcers – those wearing badges.

Allison openly audio recorded his conversations with the police when they came to the property. Later, when given a court date, he recorded there as well, after being told that no court reporter would be present. When it was discovered that Allison was recording his recorder was seized and he was charged with five counts of felony wiretapping.

Allison has no prior criminal record. If convicted, he faces up to 75 years in prison.

As one commentator correctly noted: “That’s up to 75 years in prison for breaking a law Allison did not know existed, and which he violated in the name of protecting himself from what he saw as an injustice.”

His story is one of many in what’s become known to some as ‘on the job, on the record.’ If a public official is on-duty, being paid by taxpayers, they have no expectation of privacy. In fact, if claims made by public officials about ‘serving the public’ are true, they would welcome recording.

Educate yourself and protect your rights! Check out CopBlock.org’s War on Cameras Map