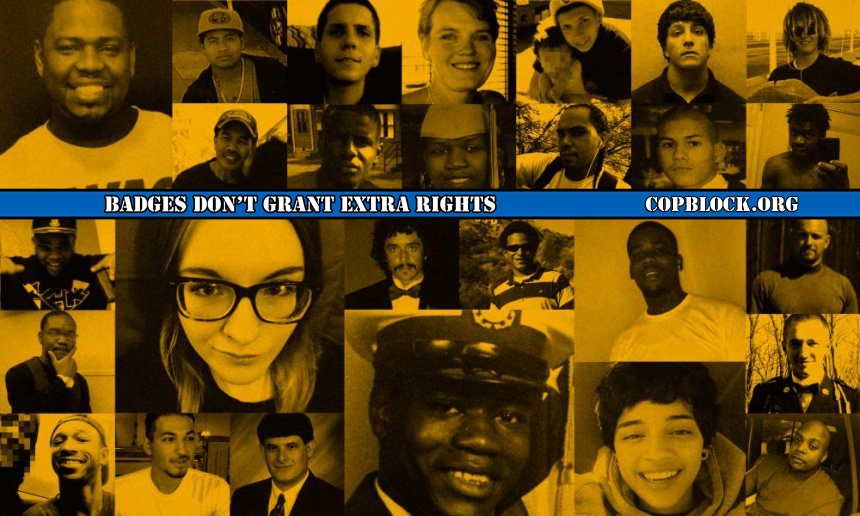 The Guardian recently contacted Cop Block with exciting news of a new project. The Guardian has released the most comprehensive available statistics on police killings in the United States, which include deaths by shooting, tasering, police-vehicle, and other deaths related to police custody.

Black Americans are more than twice as likely to be unarmed when killed during encounters with police as white people, according to a Guardian investigation which found 102 of 464 people killed so far this year in incidents with law enforcement officers were not carrying weapons.

The Guardian recently launched an interactive reporting project aimed at tracking all police killings in the United States, which will serve as a resource for families to share their stories and press for change. According to our source at The Guardian,

The analysis has already found that police and law enforcement in the U.S. have killed 464 people and counting in 2015. That’s nearly as many officer-related deaths as the FBI counted in total in the last year, according to its much maligned data. Other notable stats released today on the campaign’s launch include:

You can contribute to “The Counted” in the following ways: send a tip via the interactive, email thecounted@theguardian.com; join the new Facebook community; tweet at @thecounted; or contact The Guardian confidentially using the private PGP key send your files anonymously via the SecureDrop system.

Cop Block is always excited to see other organizations join the effort in raising awareness on police brutality. Tracking police killings is immensely important, as these types of incidents more often than not are written off as rare or isolated incidents by the public. To see another great example of people tracking police abuse, check out the Cato Raid Map, which depicts numerous botched paramilitary police raids.