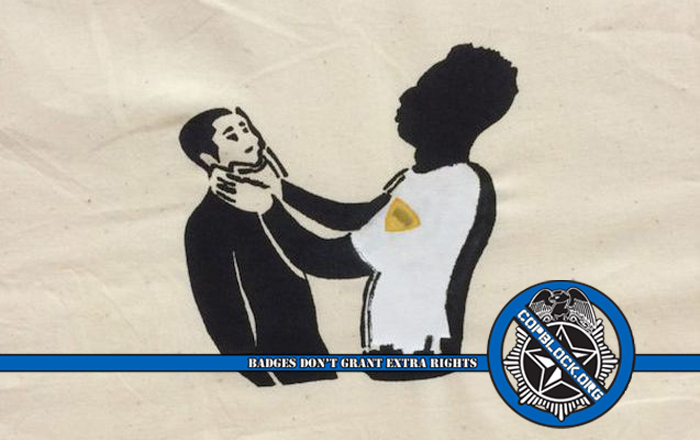 “I firmly believe that the schools are charged with helping students become productive, respectful members of society. That includes fostering a working relationship between students and law enforcement officers. We need to work with our students, to change the perception that the police are the enemy.”

Those were some of the remarks made by Westfield Board of Education member Brendan Galligan, after a recent controversy about an art show that addressed police brutality. The art show, a project of Westfield High School students, drew criticism and ire after residents began to complain on the schools Facebook page.

“After all, art is expression, whether one agrees or disagrees with it. Unfortunately, some students had graphic images to display their opinions, and apparently some adults disagree with those images. Which is fine, except they’re all handling it very immaturely. I simply commented to explain the project to them. To make them realize our teacher isn’t forcing us to think this way, that’s just how those kids felt.”
– Kayla McMillan, student

[Click here to read more about the controversy surrounding the exhibit.]
[See the artwork here.]

What really gets me is the quote at the top of the article which reveals an unspoken truth. Public schools are indoctrination camps in which human beings are conditioned towards mindless acceptance and worship of authoritarians. Through programs like D.A.R.E. and G.R.E.A.T., as well as many others, and also considering the presence of school ‘resource officers‘, the message that police are always trustworthy heroes who are there to help you is constantly pounded into the minds of impressional young people.

It has become quite obvious that you cannot trust all police officers. Conditioning away the rational skepticism of police has helped erode both the critical thinking skills necessary to view the problem with any sort of genuine clarity. Instead, as a result of the institutionalized propaganda of public schools regarding police and other authority figures, we have created a nation of of people who cannot see the substance of the police through the symbols they were infected with.

Unfortunately, this is not surprising. The public school system works as one large conditioning center, like some Pavlovian device, to entrap peoples ideologies within the confines desired by authority. The following passage is from a piece by John Taylor Gatto entitled The Seven-Lesson School Teacher:

School as it was built is an essential support system for a vision of social engineering that condemns most people to be subordinate stones in a pyramid that narrows as it ascends to a terminal of control. School is an artifice which makes such a pyramidical social order seem inevitable, although such a premise is a fundamental betrayal of the American Revolution. From colonial days through the period of the Republic we had no schools to speak of — read Benjamin Franklin’s Autobiography for an example of a man who had no time to waste in school — and yet the promise of Democracy was beginning to be realized. We turned our backs on this promise by bringing to life the ancient pharaonic dream of Egypt: compulsory subordination for all. That was the secret Plato reluctantly transmitted in The Republic when Glaucon and Adeimantus exhorted from Socrates the plan for total state control of human life, a plan necessary to maintain a society where some people take more than their share. “I will show you,” says Socrates, “how to bring about such a feverish city, but you will not like what I am going to say.” And so the blueprint of the seven-lesson school was first sketched.

Telling children that they can always trust police violates almost all of the tenets of intellectual discourse which are supposed to be the content and context of schools. The very fact that your science teacher would tell you to observe and consider all the facts of a physical phenomena in nature, and then tells you to ignore empirically-derived skepticism and always trust cops, pretty clearly illustrates that schools are not in the business of intellectual development. They are just a thirteen year propaganda camp designed to turn independent individuals into authority-dependent group-thinkers.