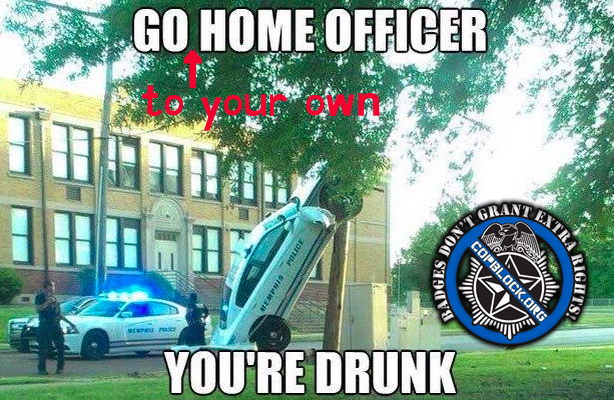 These were drunken pleas that Wilmington police officer made to a homeowner after breaking into his house during a night of heavy drinking. Officer Michael Spencer had fallen asleep in his car outside a party he attended. He awoke at about 4:30am and decided it was time to go home, which would have been a great idea, if the home he tried going to was his own. Instead, he mistook another house in the neighborhood which his car was parked in for his own home, and kicked the door in.

At this point a man and woman who lived there were awoken. The woman crawled out of a window to call for help while the man grabbed his gun, which he held on Spencer until authorities arrived.

Responding officers then arrested him and charged him with criminal mischief and trespassing. The Delaware State Police are investigating the scene and refuse to comment until their report is final. Spencer, who is a corporal, is currently on ‘administrative duty’ as per departmental regulations.

This is not the first time this officer has been involved in some drunken shenanigans. Court records show that he was sued in 2010 after a drunken automobile accident. The victim of that crime alleged that Spencer also follower her home, removed his weapon and clothing, and asked her to have sex. After she refused his advances, he fell asleep, until fellow officers arrived to take him into custody.

It seems that when your job is to protect the safety and property of other people, violating people and their property during your recreational activities should disqualify you from police work. Instead Michael Spencer has been relegated to desk work where he can more effectively nurse his hangovers and find new ways to harass and endanger the public.