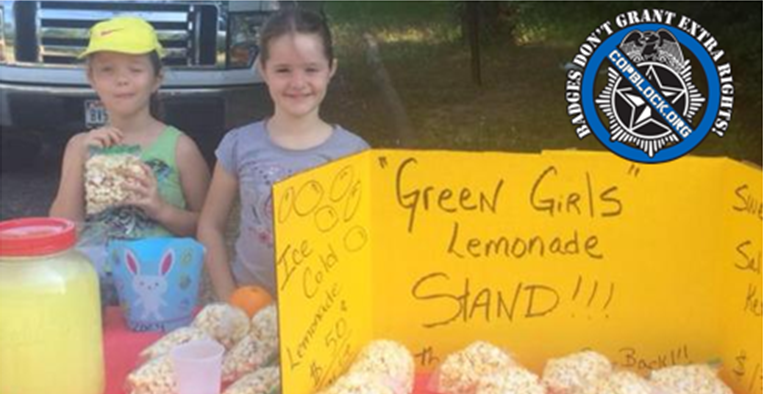 “We were trying to raise some money to take our dad to Splash Kingdom,” 8-year-old Andria Green said.

She and her 7-year-old sister Zoey say they were making money to take their father to a water park for Fathers Day. Instead, they got a splash from local police.

The girls say they had been open for only about an hour before officers showed up demanding permits to validate their nefarious activities.

“A code enforcement officer and the chief, she called me to the side and said we needed a permit,” the girls mother, Sandi Evans said.

Texas House Bill 970, called the Texas Baker’s Bill, put a prohibition on the sale of food that needs time or temperature control to prevent it from spoiling.

Police say lemonade needs to be refrigerated to prevent bacteria growth so its sale requires inspection from the health department and a $150 permit to sell it.

“I think that’s ridiculous, the girls mother said. “I think they’re 7 and 8, and they’re just trying to make money for their own cause.”

Police say they initially responded to the scene because the girls were set up to close to the curb in a residential street.

The girls made $25 before being hassled. “We had kettle corn and lemonade,” Zoey said. “The lemonade was for 50 cents and the kettle corn was a dollar, but if you got both it was a dollar.”

The sisters say they plan on sticking it to the man this coming weekend by setting up the lemonade stand again, but instead of making sells, asking for donations.