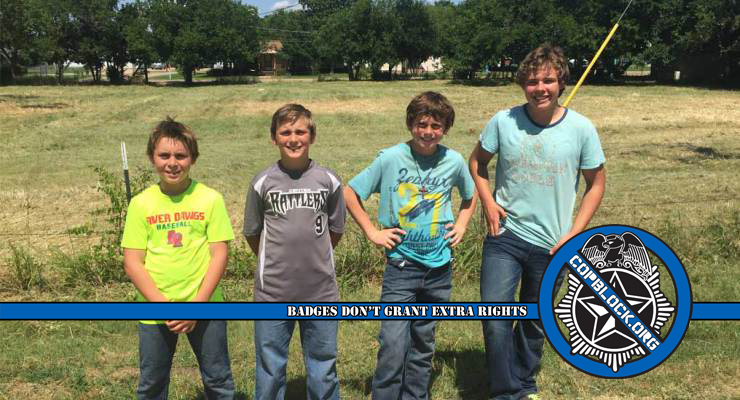 Riesel, Texas- When four brothers saw news that 75-year-old Gerry Suttle faced arrest for her lawn being too tall, they responded by loading up their lawn mowers, going to her house, and mowing her lawn.  The Reynolds brothers didn’t know Gerry, but they decided to help her anyway.

“We haven’t met her yet but she’s 75 years old and she needs some help mowing,” said Blaine Reynolds. “That’s the least we could do.”

Others in the community followed by the boys’ example and joined the brothers in mowing the lawn.  It took 2 hours.

“I really wouldn’t want her coming out here and doing it or paying someone else to when we could have just done if for free,” Brandon Reynolds said.

Suttle says she was speechless that strangers would take it upon themselves to help her with her yard.

“I am very seldom without words. This is one time. You might want to mark it down in history that I didn’t have something to say,” she said.

Suttle was shocked when she received a call from the chief of police saying he had a warrant for her arrest.

“I’ll be 76 in July,” she said. “I’m 75 now and I’ve never had a speeding ticket, never had a parking ticket and now here I am got a warrant for my arrest from the big city of Riesel.”

The chief of police said the warrant was for failing to appear in court over the height of her grass.

“It has grown up and the court had issued her letter and then court issued a warrant for failure to appear,” Chief Danny Krumnow said.

Suttle says she never received the letter, and now she’s afraid to leave her house.

My name is on the list,” Suttle said. “If I get stopped, I’ll get picked up.”

Now that the lawn is mowed, she’ll have to talk to a judge about getting the warrant dropped.

This isn’t the first time a town in Texas has issued an arrest warrant for the crime of tall grass.  A Grand Prairie, Texas man served 2 days in jail in April of this year for not mowing his lawn. He opted to serve a 17-day sentence instead of paying a $1,700 fine, but he was released after two days.