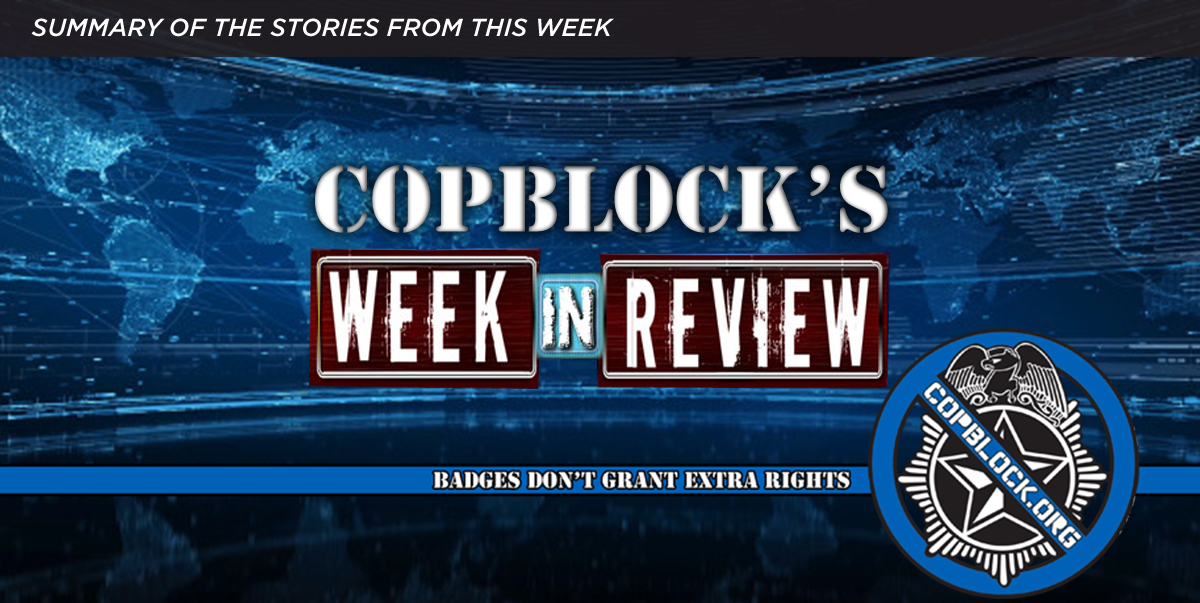 Ademo Featured on Keeler in the AM from New York

Our own Ademo Freeman was a guest for a segment on Keeler in the AM, a radio station based out of Saratoga, New York. The bulk of the interview is regarding CopBlock.org Contributor, Adam Rupeka, who was peppered sprayed, arrested and then had all charges dropped after he flipped off a cop. Listen to the interview below.

This story came to us from Sun City, AZ where a 69 year old man told family members that he was suicidal. When his wife left the house she did the worst thing she could have done, notify the police.

The police arrived at the home and claim he told police there would be a shootout if they did not allow him to leave the house. While the man clearly has mental problems the cops showed once again that they are hardly ever there to make a situation better. His wife just wanted to get the man some help, not have him murdered by police officers.

A 69-year-old man is dead after a deputy-involved shooting in Sun City Monday evening, the Maricopa County Sheriff’s Office confirmed.

The incident happened in a neighborhood southeast of 99th Avenue and Bell Road.

According to the sheriff’s office, the man had been drinking and texted his relatives that he was suicidal.

His wife left the house and called 911, saying her husband was suicidal and had guns in the house.

The man reportedly told responding deputies that there would be a shootout if they tried to remove him from the home. Negotiators spent about four hours trying to calm him down.

“During the course of the negotiations, he would come out, and one of the times he came out to feed birds and went back in,” said MCSO spokesman Joaquin Enriquez. “All this adds up to just the behavior, the bizarre behavior he had.”

The sheriff’s office has not released many details about the shooting but said deputies opened fire after the man pointed a gun at them.

The Mounting Failures of the Waukesha, WI Police Department

The police department in Waukesha, WI appears to have a lot of problems, among those listed in the article are Destroy All Evidence of Misconduct and  Annual CopBlocker Abduction. You can read the extent of the claims in the article but one thing seems pretty clear, like most departments they seem to have dashcam malfunctions whenever there is use of force incidents.

Texas Pool Cop: His Name is Eric Casebolt and He Just Resigned (BREAKING)

By now I am sure you have heard about this incident. Kids in Mckinney, TX were having a pool party when a disturbance resulted in the cops being called. When officer Eric Casebolt arrived he began acting like a complete fool, waving his gun around at the unarmed kids and violently forcing them to the ground.

Casebolt wound up resigning after the video went viral and caused backlash across the country. Turns out Eric was also in trouble one other time for racial bias and inappropriate touching during a stop in 2007, details here

According to an ABC affiliate in TX:

Casebolt’s resignation was confirmed about one hour earlier by attorney Jane Bishkin, who told WFAA that the decision was made after a meeting with the department’s internal affairs unit to review possible charges her client could face.

Eric and his family remain in hiding claiming they are afraid for their lives, a common police retort.

In Jacksonville, Florida, a Jacksonville Sheriff’s Office patrol officer was arrested last Thursday as part of a federal drug roundup that netted 13 people. Officer Michael Rounsville, 46, is charged with unauthorized use of the National Crime Information Center database. He allegedly used it to check an undercover agent’s criminal history without authorization. Others in the case face drug trafficking and money laundering charges.

In Charlotte, North Carolina, a Mecklenburg County probation officer was arrested last Friday on heroin and pain pill charges. Justin Shame McGlamery is accused of buying heroin four times in the past two weeks and selling hydrocodone and oxycodone. At last report, he was still trying to make a $125,000 bail bond

Detectives have arrested a probation officer based in Mecklenburg County. Justin Shane McGlamery is now the center of a drug investigation.

The Union County Sheriff’s Office said detectives witnessed two of these purchases. He was on duty at the time and driving his state assigned vehicle.

Police say McGlamery is responsible for various drug crimes. He was arrested May 28 and booked into jail on a $125,000 bond.

Supervisors with N.C. Probation and Parole were notified and they collected the state-owned vehicle. His gun and badge have been removed and collected as evidence.

Thanks again to all the donors, contributors and supporters of the CopBlock Network who make it such a huge success