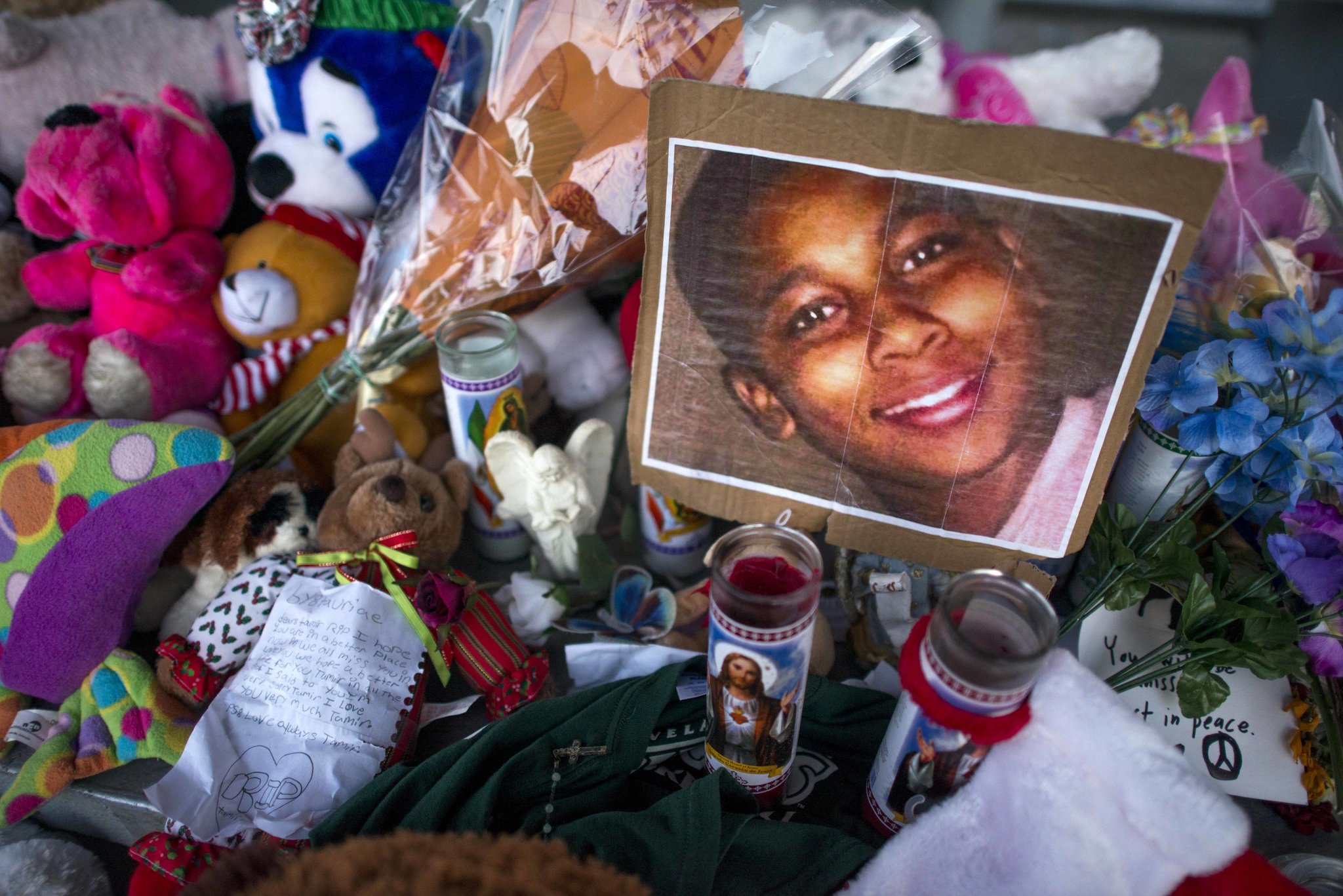 Tamir Rice was the 12 year old boy gunned down by Cleveland Police Officer Timothy Loehmann as he played with a toy gun in a park. For nearly six months the District Attorney’s office has dragged its feet in bringing the case before a grand jury. That’s why earlier this week community leaders and supporters of the Rice family filed a brief with the court asking them arrest the officers on scene that day. According to the New York Times:

On Thursday, Judge Ronald B. Adrine issued an order saying that probable cause existed to charge the officers, and “this court determines that complaints should be filed by the prosecutor of the City of Cleveland and/or the Cuyahoga County prosecutor.” What weight the order carries with the prosecutors is unclear.

The ruling puts prosecutors in a difficult position, deciding whether to bring charges in a high-profile case when a judge has already said that probable cause exists to do so.

In a statement, the Cuyahoga County prosecutor, Timothy J. McGinty, said the case, “as with all other fatal use of deadly force cases involving law enforcement officers, will go to the grand jury.”

Ultimately, Mr. McGinty said, any decision to file charges will rest with the members of a grand jury.

The petitioners argued that the statute allowed ordinary citizens to bypass the police and prosecutors, and force arrests; if they showed probable cause that a crime had been committed, they said, then the court had no choice but to order the officers arrested.

But the judge said there was a conflict between the law and the rules laid down by the State Supreme Court, so he could not issue warrants without a prosecutor’s complaint.

I have to be honest and say that I didn’t expect much of any result with this tactic and it seems I was 50% right. Though the Judge acknowledges that there’s probable cause to arrest the officers for their roles in the shooting, he took an easy way out (or a system error is being highlighted) as he claims to be unable to issue the arrest warrant without paperwork from the DA’s office.

So as the family of Tamir Rice awaits justice they’ve gained a small victory as this will most certainly place the State’s lawyers on defensive. They either need to bring this to a grand jury soon or face the wrath of the judge by disobeying his order. Only time will tell and we here at CopBlock.org will keep you posted. In the meantime see the Times video below which highlights the Tamir Rice case timeline and additional coverage of the case here at CopBlock.org.