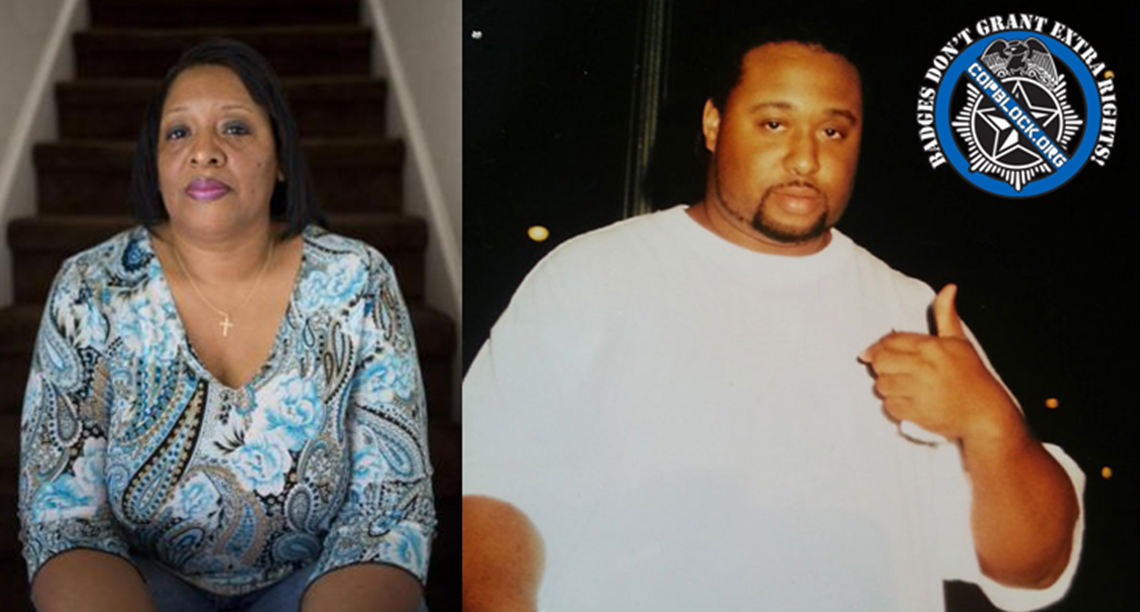 On Thursday, a Virginia grand jury chose to indict a Norfolk police officer for the fatal shooting of a mentally ill man that took place last year.

Officer Michael Carlton Edington Jr. was indicted on one count of voluntary manslaughter, by jurors who began deliberating Monday, in Norfolk Circuit Court.

Edington shot 35-year-old David Latham nine times, including in the chest and back, during a June 6, 2014 confrontation after the man refused to immediately comply with the officers order to drop a knife while standing in his doorway.

According to his family, David suffered from schizophrenia and had stopped taking his medication, which lead to auditory hallucinations. David ’s mother and sister called 911 the night of the shooting to report he had threatened his brother with a knife.

Officers ordered David to drop the knife and shot him in the doorway of the home when he did not immediately comply, his mother, Audrey Latham, said at the time. Family says the officer then pursued Latham inside the residence and continued firing with relatives nearby.

These accounts contradict those made by police, who said at a press conference last year that there was no evidence Edington continued shooting inside the home and that David had threatened him.

David ’s mother also has said that she was held against her will at the Police Operations Center for questioning following the incident. By the time she was allowed to leave, she says, her son was dead.

According to a hospital report, David was admitted in critical condition but “expired on the operating room table, despite massive resuscitation efforts.”

Police and family say officers had responded to the Latham’s home “dozens of times” before, often to take David to the hospital and had built up a rapport with the mentally ill man.

“We kind of trusted them,” Audrey Latham said. “A lot of times they would come out and talk with David.” The officers that responded on June 6, however, were not familiar to the family – though they were almost certainly aware of David’s mental condition.

“It was a senseless murder. How can you shoot someone all those times when no crime was committed?” Audrey Latham asked. “David didn’t say anything. And even after David was on the floor he continued to shoot my son.”

After two-and-a-half days of sworn testimony from more than a dozen people, jurors decided Thursday to indict Edington on the manslaughter charge, but choose not to pursue two other charges presented in the case: second-degree murder and use of a firearm in commission of a felony.

In a statement, released by family attorney John Cooper, the Latham’s say they are “pleased the criminal case will go forward” and are “looking for justice for their son.”

In response to the indictment, Norfolk Police Chief Mike Goldsmith said he “ask[s] the public not rush to judgment and [to] exercise patience while the case proceeds through the justice system.”