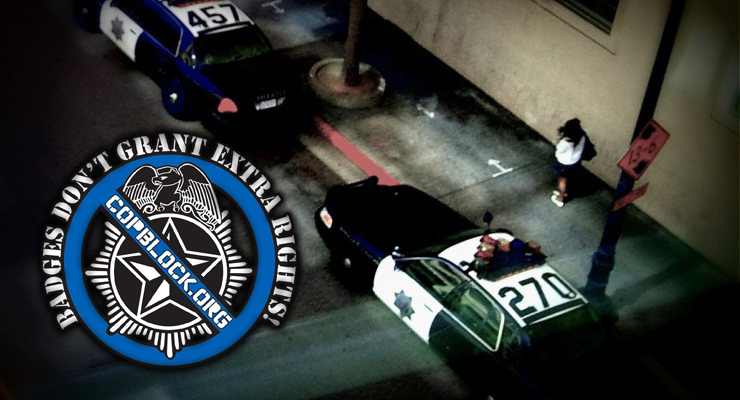 Proponents of filming police understand the vital importance of recording police interactions. Not all members of the public have the same appreciation for such tactics, however. Those who encourage filming police encounters often point to gruesome, horrifying abuse committed on camera and question how much more reprehensible police behavior would be in the absence of video, and how much more lenient resulting consequences would be – if there are any consequences at all.

Aaron Parrish of Bainbridge, Ga. experienced such a situation first hand. Mr. Parrish claimed that in a police encounter dating back to 2012, during a motorcycle festival called BikeFest, he was beaten badly, pulled to the ground, and was hit with a flash light until he was barely conscious. His wife later said her husband was so disfigured by injures that she did not recognize him when she picked him up from the sheriff’s station.

Mr. Parrish and his wife complained to the sheriff’s department. When it became apparent the deputy accused of beating Mr. Parrish was the county sheriff’s son, Wiley Griffin IV, criminal charges against Mr. Parrish quickly ensued. This is a typical police maneuver – if police assault victims, the first course of action is to charge the victim with a slew of crimes, whether it be assault on an officer or “obstruction of justice.” After all, failure to do so lends credibility to the victim’s claim that the assault was unprovoked and unjustified.

A year later, Mr. Parrish was convicted of felonies, fined, and sentenced to 3 years of probation, because he allegedly attacked Elizabeth Croley, another deputy on the scene. A witness had provided a statement indicating another man, not Mr. Parrish, was the one who had hit Croley; however, that evidence was removed from the police file.

Other officers on the scene, Robert Umbach and Christopher Kines, lied and claimed Mr. Parrish began the fight by hitting Croley. They further conveniently failed to mention any involvement by the county sheriff’s son. (more about the cover-up here). This is a classic Thin Blue Line scenario; police lie at the expense of justice in order to help each other evade legal consequences.

Mr. Parrish began a long and arduous process of fighting his criminal charges, and the FBI eventually decided to investigate. Just recently, the three deputies involved in the incident, Croley, Umbach, and Kines, were convicted on various federal offenses related to the cover-up incident. The jury found the three officers obstructed justice by covering up Griffin’s actions. Croley was convicted of writing a false report. Kines and Umbach were found to have lied to the FBI in the course of investigations. These officers face up to 20 years in prison (but don’t hold your breath). However, the jury acquitted Griffin of excessive force, and acquitted Kines and Umbach of obstructing justice by lying in police reports (see here).

Mr. Parrish will continue to proceed with a civil rights lawsuit against the sheriff’s department. When it comes to abusive police encounters, even when victims are vindicated by courts, the result can hardly be considered a “win,” in light of the preceding physical abuse, years of corruption, trumped up criminal charges, and unnecessary defense and litigation expenses. Had someone had a camera handy at the time of the incident, it is possible much of this could have been avoided.