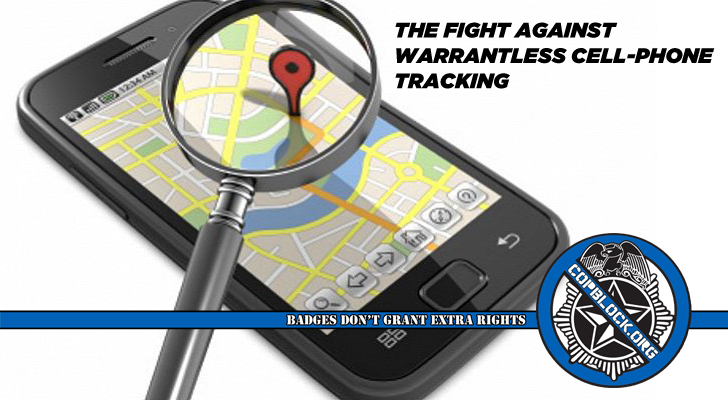 There are many ways American’s cellphone location information is obtained by law enforcement agencies. On the federal level, the NSA collects, stores, and analyzes data on countless millions of people without a warrant, and without even the mere suspicion of criminal activity.

It is confirmed that the NSA tracks physical locations of people through their cellphones.

The Washington Post reported that NSA is “gathering nearly 5 billion records a day on the whereabouts of cellphones around the world.” This includes location data on “tens of millions” of Americans each year – without a warrant.

Through fusion centers, state and local law enforcement act as information recipients from various federal departments under the Information Sharing Environment (ISE). ISE partners include the Office of the Director of National Intelligence, which is an umbrella covering 17 federal agencies and organizations, including the NSA – allows state and local law enforcement to share data up the chain with the feds.

The NSA expressly shares warrantless data with state and local law enforcement through a super-secret DEA unit known as the Special Operations Division (SOD). That information is being used for criminal prosecutions. A Reuters report in the fall of 2013, showed that most of this shared data has absolutely nothing to do with national security issues, and mostly involved routine criminal investigations.

On the state and local level, cell phone tower dumps give location data to police indiscriminately.

Tower dumps give investigators information on every cell phone connected to any particular tower during a requested time – even if they are not related to the crime.

A congressional inquiry found that companies received at least 9,000 tower dump requests in 2012, and in 2013 Verizon alone reported receiving 3,200 such requests. Even when they were successful in helping to solve a crime, virtually all of those dumps also resulted in the government obtaining location information about hundreds, thousands, or even hundreds of thousands of innocent people.

When cell phone information ends up in a police database, it could stay there a long time. Evidence control laws in South Carolina for example, say if a suspect is convicted or pleads guilty, police could keep everything they get from a Tower Dump for up to seven years.

Perhaps the most well known way of pinpointing citizens by law enforcement agencies is by devices called stingrays. Stingrays are portable devices that mimic a cell tower and trick nearby cell phones to connect to it. The Stingray then captures the connected devices’ data, allowing law enforcement to track users’ locations. They are relatively small and easily transportable.

A USA Today investigation, published last year, first revealed that at least 25 police departments across the country are deploying the devices.

Since then, the ACLU has identified 48 agencies in 20 states and the District of Columbia that own stingrays, but because many agencies continue to shroud their purchase and use of stingrays in secrecy, much is still unknown regarding the use of stingrays by law enforcement agencies nationwide. Federal courts have however.

The Fifth Circuit Court of Appeals, ruled in 2013, that individuals have no reasonable expectation of privacy over their location data stating that location data is a “business record” created by private companies with the implicit consent of cell phone users and therefore are not subject to privacy protections.

A ruling in June of last year, from the 11th Circuit Court of Appeals, contradicted that ruling finding that police “must obtain a warrant before collecting cellphone location data.” The opinion affirmed that acquiring records of what cell towers a phone is connected to, and when it was connected to them, constitutes a Fourth Amendment search.

In its reasoning, the court noted that while the Fourth Amendment has traditionally been applied to property rights, it’s gradually expanded to protect much more, including communications.

While the 11th Circuit ruling didn’t overturn the Fifth Circuit ruling because of their separate jurisdictions, it added critical precedent for privacy advocates in the fight against the surveillance state.

That was until last month, when the 11th Circuit Court of Appeals, overturned the ruling in a case involving police officials getting records from MetroPCS for a Miami robbery suspect using a court order with a lower burden of proof.

The court ruled the officials acted properly and that the suspect had no expectation of privacy regarding records establishing his location near certain cellphone towers.

Privacy advocates hope the case is appealed to the Supreme Court where cell-phone tracking would be deliberated on for the first time but people in some states aren’t willing to wait that long. A bill that would prohibit law enforcement from obtaining location data from electronic devices without a warrant in most cases passed the New Hampshire Senate last week.

House Bill 468, introduced by Rep. Neal Kurk, would prohibit any government agency from obtaining “location information from an electronic device without a warrant issued by a judge based on probable cause and on a case-by-case basis” with only a few exceptions.

The bill would also prohibit law enforcement from placing tracking devices on any person, or their property, without a warrant. It passed the New Hampshire House by a voice vote on March 26 before the Senate passed an amended version by a voice vote on June 4.

The bill now goes back to the House for consideration of the Senate amendments.

Other states have pursued similar reforms. A bill banning law enforcement from tracking cellphone location information without a warrant passed the South Carolina House back in May of last year.

House Bill 4791 was introduced by Rep. Garry Smith and was cosponsored by 39 other representatives. It passed with overwhelming bipartisan support by a vote of 89 to 17, yet it still sits idle in the SC Senate judiciary committee.

H4791 would not only protect people in South Carolina from warrantless data gathering by state and local law enforcement, it will also end some unpractical effects of unconstitutional data gathering by the federal government.

Also in May of last year, Tennessee Gov. Bill Haslam signed a bill banning “a governmental entity or law enforcement agency from obtaining the location information of an electronic device without a search warrant except under certain circumstances.”

The Off Now Coalition, an organization fighting federal surveillance at the state level, however, criticized an amendment to the bill granting law enforcement special exemptions to engage in warrantless location tracking.

Those exemptions included: if the device was reported stolen by the owner, to “prevent imminent danger to the public,” and if the device owner posted their location “within the last twenty-four (24) hours on a social media web site.”

In Virginia, Gov. Terry McAuliffe approved a bill requiring that law enforcement obtain a warrant before tracking the location of a cell phone. That law took effect July 1 last year.

Real-time location tracking without a warrant is not the only area state lawmakers are looking to rein in.

Utah Gov. Gary R. Herbert signed a bill into law last March, banning not only the admission of electronic location data collected without a warrant in criminal court proceedings, but all data period.

Reform through the political process is arduous and not guaranteed. While legislation may draw attention to the important issue of the technocratic dystopia we find ourselves in, a valid question to ask may be, when has government ever followed its own rules?

Still, and while technological innovation is our best hope in subverting the surveillance state, ie. encryption etc. – it is at least beneficial to have codified legal precedent to point to, if and when police agencies are caught tracking location data without a warrant.