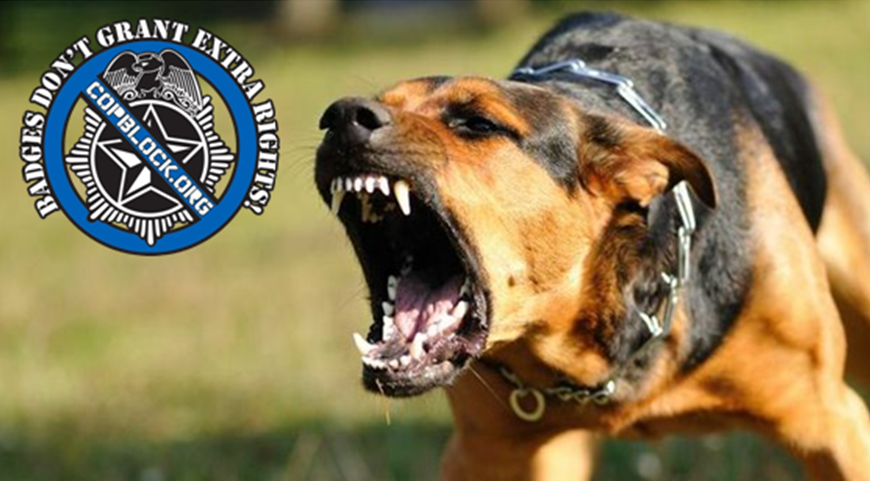 Orlando officials say a 12-year-old burglary suspect was mauled by a police dog during an arrest that resulted in a three day hospital stay.

According to police, the boy had pried open a door at an elementary school campus late on the night of June 4, and fled on foot when officers told him to freeze.

Two other boys however, who were also charged in the burglary, say the unidentified 12-year-old had already complied with officer requests and had dropped to his knees when the police dog attacked at him.

The boys say the dog bit their friends arm repeatedly.

OPD policy prohibits police dogs being used against suspects 12-years-old and under, but police say officers may not have been able to determine the child’s age because it was dark when the incident occurred.

“If it is dark out or if police do not have a clear line of vision, it can be difficult to determine a suspect’s age,” OPD Deputy Chief Eric Smith said. “We give them a total warning [and] tell them there’s a dog there and that they may get bit before we release the dog. And usually their reaction determines the outcome from there.”

Smith says the department is reviewing the incident but an attorney for the boy’s family, Bradley Laurent, says the family will pursue a lawsuit if the city cannot resolve the issue.

“This kid is going to need extensive rehab,” Laurent said. “There’s no telling if he needs surgery to repair any nerve damage, and he may need plastic surgery.”

Orlando police have made 474 apprehensions involving dogs so far in 2015. 18 percent of those interactions have resulted in suspects getting bit.

One of those cases involved a cognitively disabled teenager who was attacked by a police dog after officers placed him in handcuffs, lawyers for the boy say.

In another, an 18-year-old boy alleges an OPD officer unlawfully set a police dog on him while he was riding his bike because he matched the description of a suspect. The boy suffered a dog bite to his right shoulder and bicep.

Both of those cases are still active in the Orlando court system.