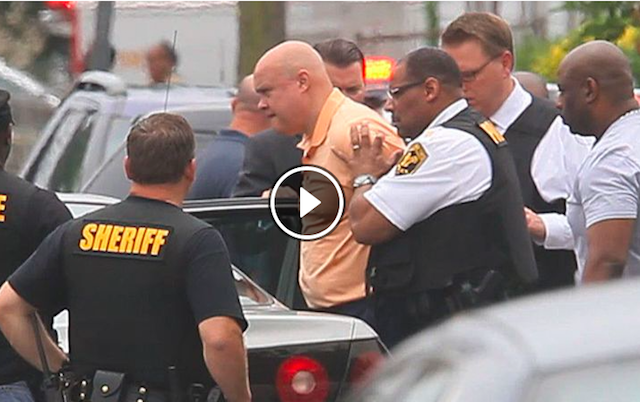 [UPDATE: Click here for new info and raw footage
of the incident from our friends at Filming Cops]

An off-duty Neptune, New Jersey Officer killed his wife in the middle of the street while his daughter watched her mother’s murder from the car. The shooting happened just a few hours ago. The woman has died from her injuries.

Sgt. Phillip Seidle has been charged with murder after a long stand-off in which the Neptune Police Officer threatened to kill himself at the scene of his crime while officers tried to talk him down.

STAY TUNED as we update this story with incoming news.

[Get the most recent local coverage of the story here.]

Already this case illustrates the unequal treatment that officers receive from their colleagues. Seidle was able to keep his weapon and fire more shots long after police were on the scene. While unarmed citizens are being killed for a variety of reasons, this cop was actually waving a gun around and there was not a single bit of force used against him. The police and the surrounding neighborhood were all in clear and present danger, yet because of his special status as an officer, the consequences we are seeing everywhere else are absolutely absent here.

When Sgt. Seidle did finally surrender he was met not with a hail of bullets, but with hugs and reassuring pats on the back. So far as I can remember, cops don’t usually go full PDA on murderers. Do you think that if this had been the towns baker or mechanic they would still be alive?