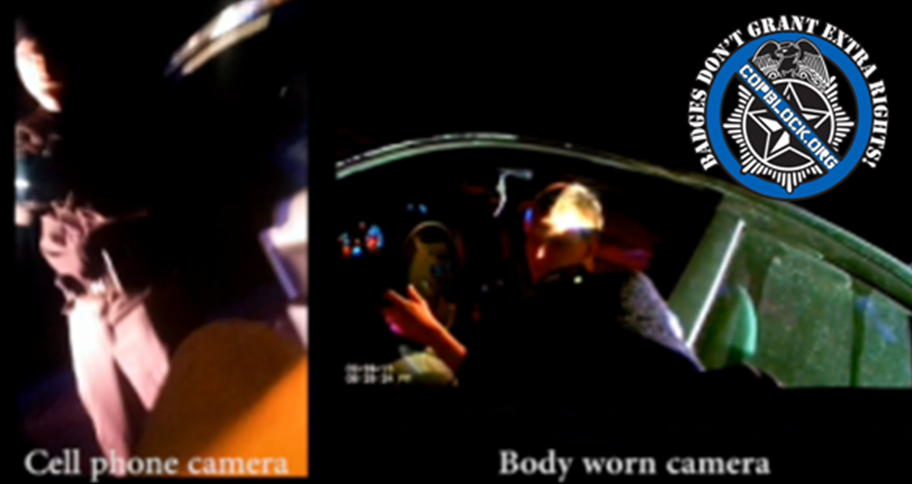 Eaton County Prosecutors in Michigan say they will not pursue charges against an officer that shocked an unarmed teenager with a stun gun, and then shot him seven times, including in the head, during a fatal traffic stop in February.

Eaton County Sheriff’s Sgt. Jonathan Frost killed 17-year-old Deven Guilford after initiating a traffic stop when the boy flashed his bright lights at him and then stood up to such a ridiculous stop.

In body-cam footage recorded during the incident, Guilford says he flashed his lights because it appeared that the officers brights were on, and that he couldn’t see.

The video shows Guilford repeatedly refusing to give Frost his driver’s license before conceding he did not bring it with him as he was just coming back from making a quick trip to take his brother to church. It was later determined Guilford’s license was with his girlfriend.

The situation escalates and Frost orders Guilford out of the vehicle. As the teen exits, the officer shouts commands and orders him on the ground.

“I don’t have a weapon,” Guilford says after he is on his belly. Frost can then be seen pouncing on the boys back in attempt to wrestle his arms behind him.

“Get your hands behind your back, you’re under arrest,” Frost says.

“You cant do that,” Guilford says. “Officer, what are you doing?”

Moments latter Frost jumps to his feet and deploys his stun gun, striking the teen and sending electric current through his body.

Guildford can be heard moaning from the ground in agony before seven shots ring out into the night as cars are heard passing near by.

Frost claims that in the short period between his stun gun deployment and the gunshots, that Guilford had got off the ground, was able to get on top of him, and was hitting him in the face.

There is no video of these final moments as Frost says his body camera came off during the fight and his SUV had no dash camera, but Guilford’s cell phone recorded audio of the shots. The audio does not appear to indicate that Guilford, in a matter of seconds, was able to get up from his belly and attack the officer after having thousands of volts of electricity sent though his body.

Prosecutor Lloyd seems content with Frost’s assessment of the incident and took up for the officer, saying he was concerned Guilford might be able to take his weapon from him and that he had sustained injuries to his head and face during the fight.

An attorney for the Guilford family, Hugh Davis, says plans have been made to file a civil lawsuit in federal court against Frost within several months.

Davis says the family believes Frost’s decision not to wait for other officers before removing Guilford from the car was “unreasonable,” adding that the family “is very unhappy” about the decision.

Frost was placed on administrative duty after the incident but Eaton County Sheriff Tom Reich says he will soon return to full patrol. The department will now begin an internal review to determine whether Frost followed the proper procedures.