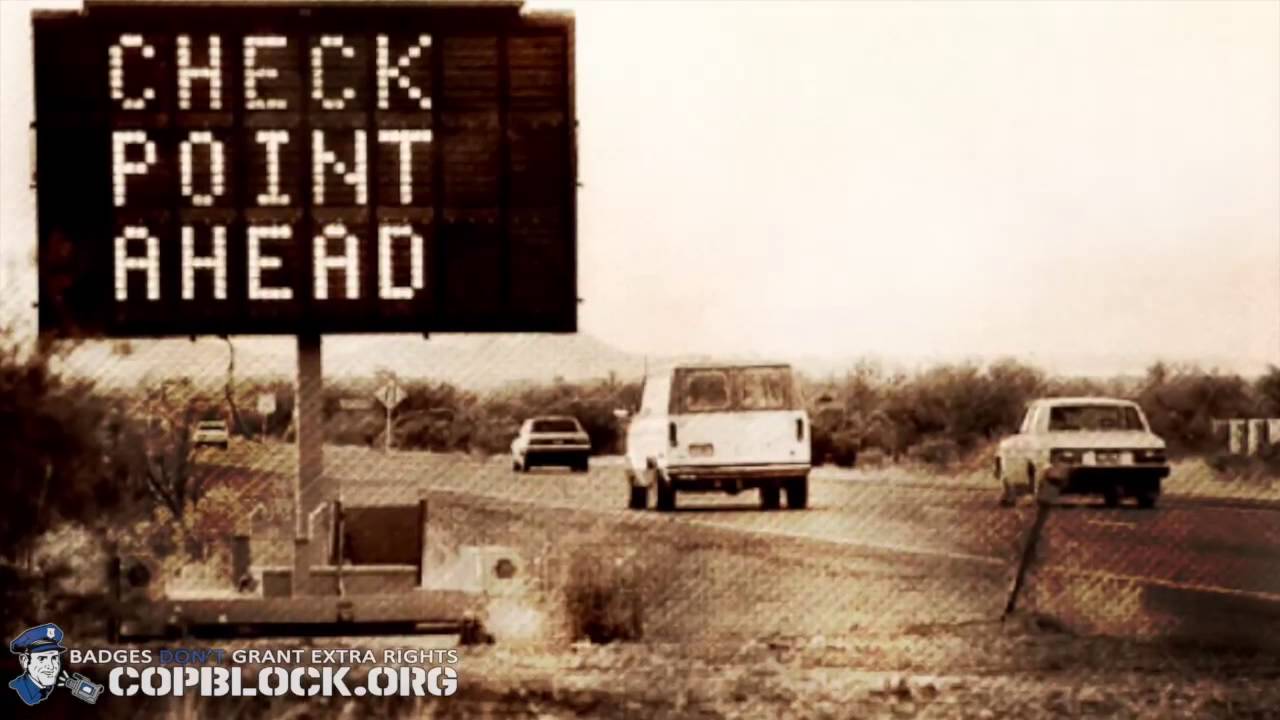 The following article is brought to us via the submit tab at CopBlock.org.  Southern California DUI Attorney Matthew Wallin of Wallin & Klarich, discusses a citizen’s rights when he or she is involved in a DUI checkpoint.  He also discusses the rights that the police have and do not have while conducting a stop at the checkpoint.  The original article can be found here.

Background on the Law

In 1990, the U.S. Supreme Court said that it was constitutional for police to briefly stop drivers and ask questions in order to find if there was reasonable suspicion of drunk driving.1

Even if police do not find reasonable suspicion from initial questioning, police can search your car or person without reasonable suspicion if you consent to a search. Understand, consent can be implied from your actions. By saying to police, ‘No searches’ you are making it clear that you do not consent.

The 5th Amendment gives you the right not to say or do anything to incriminate yourself. In California, one can be convicted of a DUI even if they don’t have a BAC of .08 or higher as long as the officer notices objective signs of intoxication.2 If you roll down your window, not only can police question you to elicit incriminating responses, but it also gives police the opportunity to obtain evidence of alcoholic odors or other signs of intoxication.

Tension Between Your Fifth Amendment Rights and Non-Compliance In California, you are required to stop and submit to police when driving through a sobriety checkpoint.3 Police should only detain you for a reasonable amount of time in order to look for signs of intoxication. They may ask questions, but there is no law that says you have to answer them. Rather, it’s your constitutional right to say nothing at all. However, as a practical matter, avoiding questions may raise suspicion by the police as a sign of intoxication. Moreover, police can use their flashlights to look for objective signs such as red or watery eyes even if you refuse to answer questions. Therefore, creating an odor barrier by keeping your windows closed may be ineffective.

Non-compliance, along with other signs, may give the police enough reasonable suspicion for further investigation. It is also possible that police may also view your non-compliance as obstructing justice—a separate crime entirely. California views driving as a privilege and by accepting that privilege, you impliedly consent to a blood or breath test upon arrest, thus waiving your constitutional rights.4

It is possible that the U.S. Supreme court will review California’s implied consent law, as there is no uniform agreement among the states as to whether or not this law is constitutional.

A skilled criminal defense attorney should know the legal defenses to DUI following a checkpoint. Some defenses might include:

Attorney Wallin points out some useful points in his article and this should arm you with more knowledge for the next time you encounter one of the checkpoints.  The best way to avoid a DUI arrest is of course to not drink and drive, but knowing how to conduct yourself while stopped at a checkpoint can also help you to avoid an arrest.