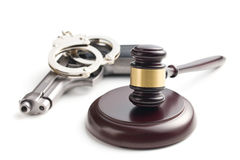 This story comes to us by Lawrence Smith of the Free Press WV website via the CopBlock.Org Submit tab.  Here we have story of a Barbour County Sheriff using his badge and position for his own predatory needs.  We originally brought the story to your attention of then Sheriff John Wesley Hawkins on our FaceBook page back in July of 2013.  At that time, the suit had just been filed.  Thank you, Lawrence Smith for the update.

According to the submission from Lawrence Smith of Free Press WV:

About that time, Keene alleged Hawkins lured her to a camper at the county fairgrounds under the pretext of interviewing her for a job at county 911 center.  After entering the camper, she claims Hawkins offered her alcohol to drink.

When she attempted to leave, Keene claimed Hawkins pulled her back into the camper where he handcuffed her, stuffed a bandana into her mouth, and sexually assaulted her.  Both after the encounter, and via subsequent text messages, Keene alleged Hawkins threatened to kill her if she spoke publicly about what happened.

However, Keene filed a domestic violence protective order against Hawkins on May 11, 2012. A week before a scheduled hearing on her petition, Keene was indicted by the Barbour County grand jury for receiving stolen property.

Though it was later dismissed, Keene alleged the indictment was brought as a form of retaliation for filing her domestic violence petition.

In her suit, Keene alleged she was not the only victim of Hawkins’ “deviant sexual behavior.”  She claimed to have knowledge of at least five other women raging from 16- to 19-years old, Hawkins had sex with either while on duty or on county property.

On June 15; the day the trial was to begin, U.S. District Judge John Preston Bailey entered an order to dismiss the case after receiving word that a settlement had been reached between Keene and Hawkins.  The Barbour County Commission had also been named in the suit.  Keene had voluntarily agreed to dismiss the Commission from the suit on June 12.

According to indictment brought against him via information by U.S. Attorney William J. Ihlenfeld II on February 11, 2014, Hawkins ten months earlier wrecked a 2004 GMC Envoy owned by his wife at a farm on Jerusalem Church Road in Philippi he and one of his deputies used to raise cattle.  Following the wreck, Hawkins instructed the deputy, whose name is not specified in the indictment, to misstate how, and where the wreck occurred. An indictment via information is where a defendant waives his right to have his case presented to the grand jury, and intends to pleed guilty.

At the time of his indictment, Hawkins was in his second term as sheriff.  He was re-elected in 2012 with no opposition.

Records show that in exchange for pleading guilty, resigning as sheriff, surrendering his law enforcement certification and agreeing never to serve in a law enforcement capacity again, U.S. Attorney’s Office agreed it would not prosecute Hawkins for charges stemming from an investigation into his mismanagement of an estate, and funds from the Sheriff’s tax office.

Last June, Bailey sentenced Hawkins to one year, and a day in prison followed by three years supervised probation.  In addition to a $100 special assessment, Hawkins was ordered to make full restitution to GMC Financial.

Records show Hawkins paid the assessment the day of his sentencing, and $2,000 toward the restitution a week later.

The fraud case is totally unrelated to the one involving Keene, but demonstrates the rampant corruption that was taking place in the Barbour County Sheriff’s Department during that time.  Why is it that these elected officials always seem they think that they can get away with this egregious behavior?  I’m sure that when the voters turned out on election day, their trust in someone in a position such as Hawkins would be put to such a test.

These stories are becoming all too common and demonstrate the need for constant scrutiny of our elected officials.