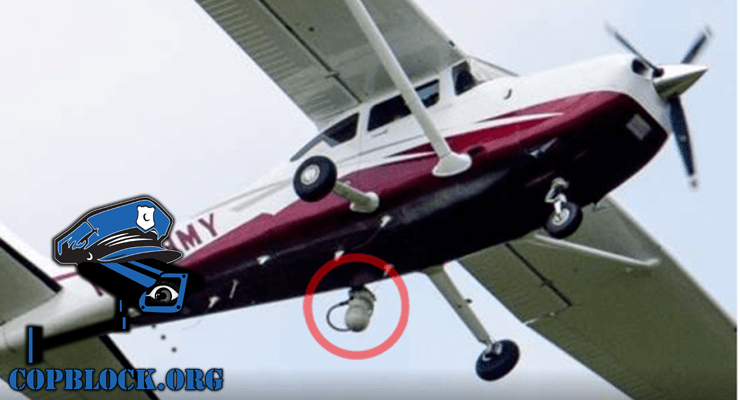 In response to the introduction of the Protecting Individuals from Mass Aerial Surveillance Act in the U.S. Senate Wednesday, the FBI corralled Congress in an unorthodox and confidential briefing where it assured them their aerial surveillance program is by-the-books.

The bill, introduced by Democratic Oregon Senator Ron Wyden and Republican Nevada Senator Dean Heller, would require federal agencies to obtain a warrant before conducting aerial surveillance operations except in some circumstances.

The proposal came in the wake of revelations by the Associated Press, which revealed earlier this month that dozens of low-flying planes circling American cities are part of a civilian air force operated by the FBI who obscured their purchases behind fictitious corporations.

At least 50 aircraft were traced back to the FBI, which participated in more than 100 flights in 11 states over a 30-day period since late April, orbiting both major cities and rural areas, the AP reported.

In the briefing, the FBI told Congress that the operation is completely legal and is even “short on high-definition cameras” with some planes being equipped with only binoculars. The FBI also claimed that it has only tracked cellphones from the sky five times in the last five years.

Although the FBI has described the program as unclassified and not secret, officials refused to disclose any details about how many planes the department flies or how much the program costs. In a 2009 budget document however, the FBI listed 115 planes in its fleet, including 90 Cessna aircraft.

Last month, it was revealed the FBI was flying aircraft over the Baltimore riots in the wake of the death of Freddie Gray.

The unusual activity was spotted in the sky by citizens before the American Civil Liberties Union filed Freedom of Information Act requests with the Justice Department and the Federal Aviation Administration seeking more details about the flights of the planes.

“These are not your parents’ surveillance aircraft,” ACLU’s Jay Stanley said at the time. “Today, planes can carry new surveillance technologies, like cellphone trackers and high-resolution cameras that can follow the movements of many people at once. These are not the kinds of things that law enforcement should be using in secret.”

As a result of a citizen and journalist investigation, three planes were determined to have flown recurring reconnaissance patterns over Baltimore for extended periods of time. Two of the planes, a Cessna 182 and Cessna 206 were models traditionally sold to law enforcement under the brand name Cessna Enforcer.

FBI spokeswoman Amy Thoreson did not confirm that the three planes identified were provided by the FBI, but she did say the aircraft the FBI provided were used to capture images and help coordinate the police response to unrest in the city.

The FBI maintains it hides aircraft purchases behind fake companies so that it can protect the safety of pilots and that most of the surveillance operations it conducts are part of national security investigations. Lawmakers however, aren’t buying it.

Sen. Wyden hopes the Protecting Individuals from Mass Aerial Surveillance Act, will ignite a debate about aerial surveillance in the country – even if it is a long shot at passing.

“Americans’ privacy rights don’t stop at the treetops,” Wyden said. “Technology has made it possible to conduct round-the-clock aerial surveillance. The law needs to keep up. [We need] clear rules for when and how the federal government can watch Americans from the sky.”

And who in their right mind would trust the FBI on surveillance given its rich history of abuses regarding the First and Fourth Amendment?

Cointelpro was a series of covert, and at times illegal, projects conducted by the FBI aimed at surveying, infiltrating, discrediting, and disrupting domestic political organizations between 1956 and 1971.

The FBI’s stated motivation was “protecting national security, preventing violence, and maintaining the existing social and political order.” Its hard to imagine these operations ever stopped or didn’t continue under a different name, but since 9/11, the FBI has been granted by Congress and assumed for itself the power to investigate and collect data about millions of people.

A report released in 2013 by the American Civil Liberties Union provides a comprehensive accounting of the bureau’s expanded post-9/11 investigative and intelligence collection authorities, their impact on civil liberties in the United States, and evasion of oversight that enables abuses to continue.

“Rather than aiding its terrorism prevention efforts, the FBI’s expanded investigative and intelligence powers have overwhelmed agents with a flood of irrelevant information and false alarms,” said Michael German, senior policy counsel at the ACLU’s Washington Legislative Office.

“Instead of funding these ineffective and suspicionless intelligence collection programs, Congress should examine whether American communities could be made safer overall by spending that money to help state and local police solve violent crime.”

Entitled, Unleashed and Unaccountable: The FBI’s Unchecked Abuse of Authority, the first half of the report documents how Congress, the attorney general, and the White House provided the FBI with new authorities in the immediate aftermath of 9/11 in an effort to “prevent another terrorist attack inside the United States.”

With the passage of the USA PATRIOT Act in 2001 and the FISA Amendments Act in 2008, Congress provided the FBI with increasingly powerful tools that the bureau has used in violation of the First and Fourth Amendments, the ACLU says.

After first reporting on the aerial surveillance program on June 2, the AP says that according to flight records and radar data, the number of FBI flights have remained consistent, occurring a few times each day, over cites like San Francisco, Phoenix and Orange County, California. They are generally flown without a warrant.