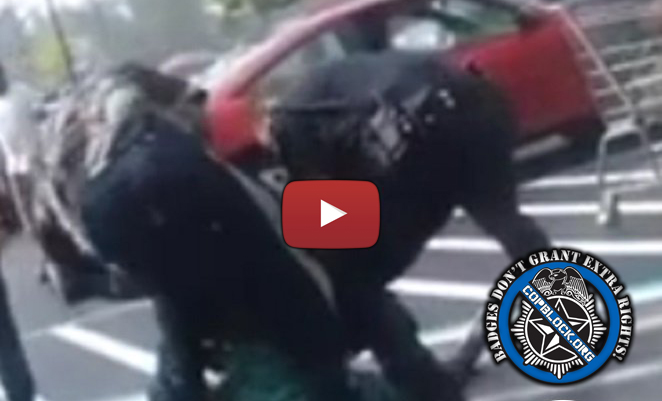 An undercover cop in Whitehall, Pennsylvania was on hand to assist a security guard in a Walmart parking lot with a pregnant woman suspected of theft. Rather than just helping to detain her, he decided it would be a good idea to use some excessive force. The cop is seen in the video below throwing the woman to ground while she screams for help. The woman’s daughter then attempts to assist the woman, but is herself thrown to the ground. Next the father comes to his wife’s rescue, throws a few punches at the assaulting officer, and is soon tased by the security guard.

Little is yet known about the entire situation, but just off the top of my head, I think that abusing a pregnant woman over a potential Walmart shoplifting might just be a tad too much. I really don’t see any way this can be justified.

Of course, that is becoming the norm. The use of excessive force has become so normal that even an assault on a pregnant woman is becoming a common occurrence.

We will have more details as they become available…