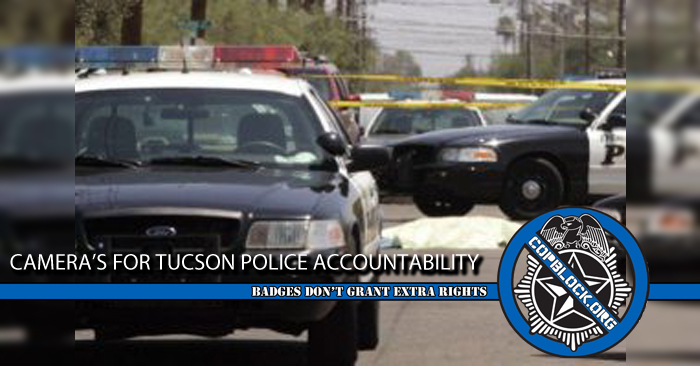 This post was shared by Raymond via CopBlock.org’s submit page.

My name is Raymond Rodden III, I am a citizen photographer rights activist, investigative journalist and “Cop Watcher” in Arizona that seeks to promote integrity, transparency, and accountability in government and fidelity to the rule of law.

Photography is not a crime; it is a means of artistic expression and a means to hold public officials accountable by being able to quickly and efficiently disseminate information to the public. In public spaces, on public streets and from public sidewalks, no law bars residents and visitors to the United States from photographing and video recording the world around them, from documenting their own lives or using their lenses to hold the police and others accountable.

Unfortunately, many police departments have taken very different, and erroneous, views of photography. Law Enforcement agencies across the nation have repeatedly subjected innocent people to detention, search, interrogation, and arrest simply because they took pictures or video from public streets.

This has personally happened to me numerous times.

I am attempting to purchase camera equipment to increase the quality of my videos and ability to better document the (many) law enforcement agencies in Tucson, Arizona.

I hope to raise enough to purchase the following from B&H Photo and Amazon:

A few articles in the media about me:

Tucson Cop Leaves Photographer Hospitalized after Claiming he was Blinded by Flash: http://photographyisnotacrime.com/2014/09/arizona-cop-leaves-photographer-hospitalized/