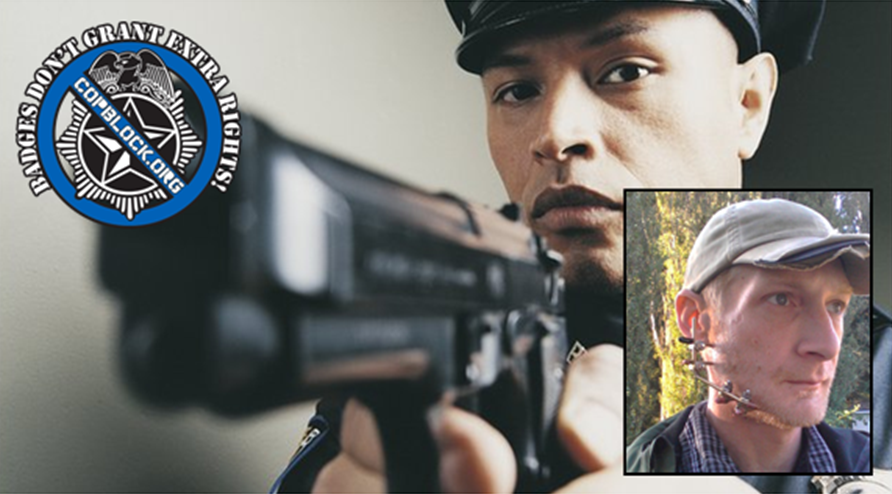 An unarmed Seattle man shot in the face by city police responding to a 911 call, settled a federal lawsuit for $1.975 million, officials announced Tuesday.

35-year-old Nathaniel Caylor was shot in the jaw without any warning by Officer Eugene Schubeck, before he and Officer Don Leslie used excessive force and violated his Fourth Amendment guarantee against illegal seizure during a May 2009 incident, the federal suit alleged.

Police were responding to a call from a relative of the man expressing concerns that Caylor may have been suicidal in the wake of the death his child’s mother, which had occurred only two weeks earlier.

The lawsuit claimed after Caylor refused to open his apartment door for police when they arrived, a standoff ensued.

Caylor reportedly stepped out onto the porch, where he got into an argument with Officer Schubeck for pointing his gun at him. As Caylor turned to go back into his apartment, Shubeck opened fire and shot him in the face, shattering his teeth and jaw.

According to court documents, Schubeck told Officer Leslie of his intentions to shoot Caylor prior to opening fire, to which Leslie responded, “don’t miss.”

The bullet left Caylor with a face full of screws and metal plates requiring a total of 17 surgeries and bone grafts.

Police had claimed they were acting in the interest of Caylor’s 20-month-old son, who they said had been brought outside and taken back inside by his father to prove he was unharmed.

According to court records, Schubeck acknowledged that the child appeared to be safe, undermining an earlier claim that he shot Caylor out of concern for the child’s safety.

When Caylor came back outside and then turned to go back inside, where his son was crawling out of his highchair, Schubeck shot him in the face without provocation or warning, the federal suit claimed.

Police had also said Caylor had told them he had a weapon but at no point during the interaction did he brandish one. Police did recover an unloaded shotgun from the residence in a bedroom closet.

As a result of the incident, Caylors toddler son, who is now seven, was taken by Child Protective Services and his parental rights were suspended. Caylor did not regain custody until January 2011, after a judge determined there was no evidence he intended to harm the child.

“I understand that police sometimes have to make split-second decisions,” Caylor said. “But this wasn’t one of them.”

A federal judge still needs to finalize the agreement, but city spokeswoman Kimberly Mills said the $1.975 million settlement is the largest in Seattle’s history.

The Seattle Police Department has been under federal monitoring since 2012 following numerous excessive force investigations. Several use-of-force reforms were instituted as a result.

Officer Schubeck remains with the department as a patrol officer and hostage negotiator. He was among several officers who sued the department after the reforms were initially implemented, calling them “restrictive.”