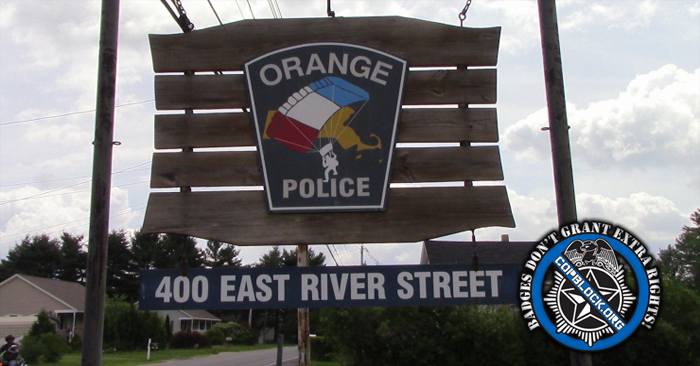 ORANGE MASS- Tragedy struck this evening in the small town of Orange Massachusetts. The Athol Daily News today reported that police responded to a fire alarm, which turned out to be a cricket. Bad luck for the cricket it turns out, as the responding officer killed the cricket.

“5:30 A.M.- Report of a fire alarm in building 12 on E River St. Officer arrived on scene, determined the noise to be a cricket. Officer killed cricket, noise stopped.

Unfortunately the police always escalate situations to the extreme end. CopBlock was the first on the scene, and was able to talk to the family of the deceased.

” He was such a good boy,” said Mrs. Cricket. His brother was not as naive as to the reality of his brother’s situation. “He was hanging out with a bad crowd of grasshoppers and it was all downhill from there!” However both of them stated that the cricket was unarmed and was merely exercising his First Amendment right to free speech at the time he was senselessly killed by the unnamed officer(s). CopBlock was at the police station to cover the massive cricket picket in front of the building. DEO went in to file a public records request for the report and the names of the officers involved, as well as any dashcam video they may have. He was informed by the clerk, “We don’t have those.” (Referring to the dashcams.) Also, DEO found out that they do not have tasers either, which is probably why death was the only option for the poor gryllidae.

The police posted the event on the Orange polices’ Facebook page. Their response was typical of a tyrannical police state as they are proud to be that kind of “full service agency.”

Stay tuned to CopBlock for more police brutality stories from around the world.