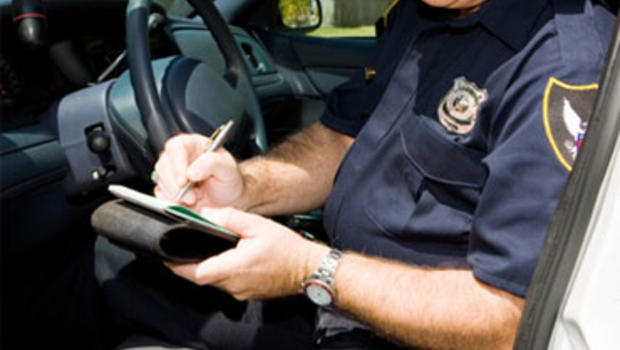 In a May 22 email obtained by an open-records request yesterday, Fargo, ND police chief David Todd, told his officers that they are expected to write 20-25 traffic citations each month.

But it not a quota, Todd says. Instead, its a “do-able average.”

“I think the public has an expectation of us to do traffic enforcement,” Todd said. “It seems reasonable that if you’re out there working a 10-hour shift, then you probably come across a traffic violation at least once during your day.”

Quotas, while illegal in many states, surface under different names. In order to get around the legal ramifications of their implementation, departments across the country usually label them as “performance goals” or “projection targets.”

North Dakota has no law prohibiting quotas but that hasn’t kept Fargo police from making headlines about their use.

In 2000 in was reported that police chief at the time, Chris Magnus, asked officers to write 25 traffic tickets a month. Like Todd, Magnus insisted this policy was not a quota.

In 2005, the Moorhead police officers’ union filed a lawsuit against the city claiming that then-Chief Grant Weyland had imposed a ticket quota, or what he called a “performance standard.”

Officers alleged they had to meet the average number of traffic and drunken-driving citations issued in the previous month during the same shift, or else they would face disciplinary action.

Todd openly expressed a similar sentiment regarding his “do-able average.” He said officers who don’t issue 20 to 25 citations a month would need to demonstrate to commanders why.

“If there’s no supporting data as to why you’re not doing traffic enforcement, then perhaps that leads to some type of review by your supervisors or a performance improvement plan,” Todd said, adding that disciplinary action would be taken against officers who consistently didn’t write enough citations.

Todd rationalized the quota by saying that when he was an officer, he liked knowing what was expected of him.

In the obtained email, Todd contrasted himself to his predecessor, Chief Keith Ternes, who “would never tell us what was acceptable, just that we always had to do ‘more,’ traffic enforcement.”

News of the quota comes in the wake of dwindling revenue numbers. So far this year, traffic tickets written by Fargo police officers are down 33 percent.

In March, the North Dakota Highway Patrol came under fire for quotas as well, after an internal email was made public, showing yearly “performance targets.” Troopers were expected to write at least 60 seat-belt and 240 speeding tickets a year.

Patrol spokesman, Lt. Tom Iverson said at the time that the numbers “are simply goals, not quotas.”