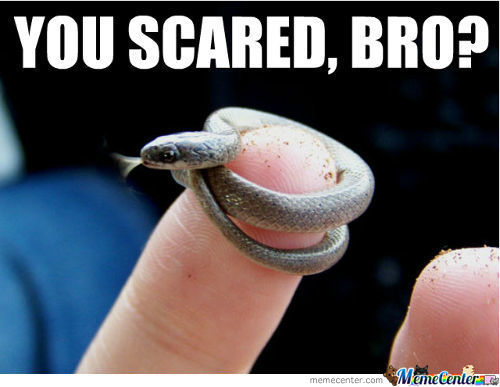 A passerby called the police on a potentially poisonous snake in the backyard of a residential neighborhood. The snake was visible from the fence, but not very clearly. For an hour police held a perimeter, not wanting to get too close for the obvious officer safety reasons, but also for fear of alarming the reptile. Police took a photo of the snake from above and determined that it was blending in with its surrounding for survival. Realizing something had to be done, one brave officer approached the reptile, and uncovered that it was not a venomous adder but was in fact nothing more than a decorative yard ornament. The RSPCA would normally handle a situation like this but they are out of man hours for the month. One of the neighbors, Gary Hollins joked “I could have told you it was a fake snake because the paint is peeling off it.”

Police have been making a habit out of intense standoffs with inanimate objects, or empty buildings.

Dallas police had a standoff with an empty building for 6 hours.

In March of this year LAPD held a Call of Duty statue at gunpoint, before 4 officers stormed the building.

And now the cops are responding to animal shaped lawn ornaments.

I hope you have as good laugh as I did, at these police state fails.