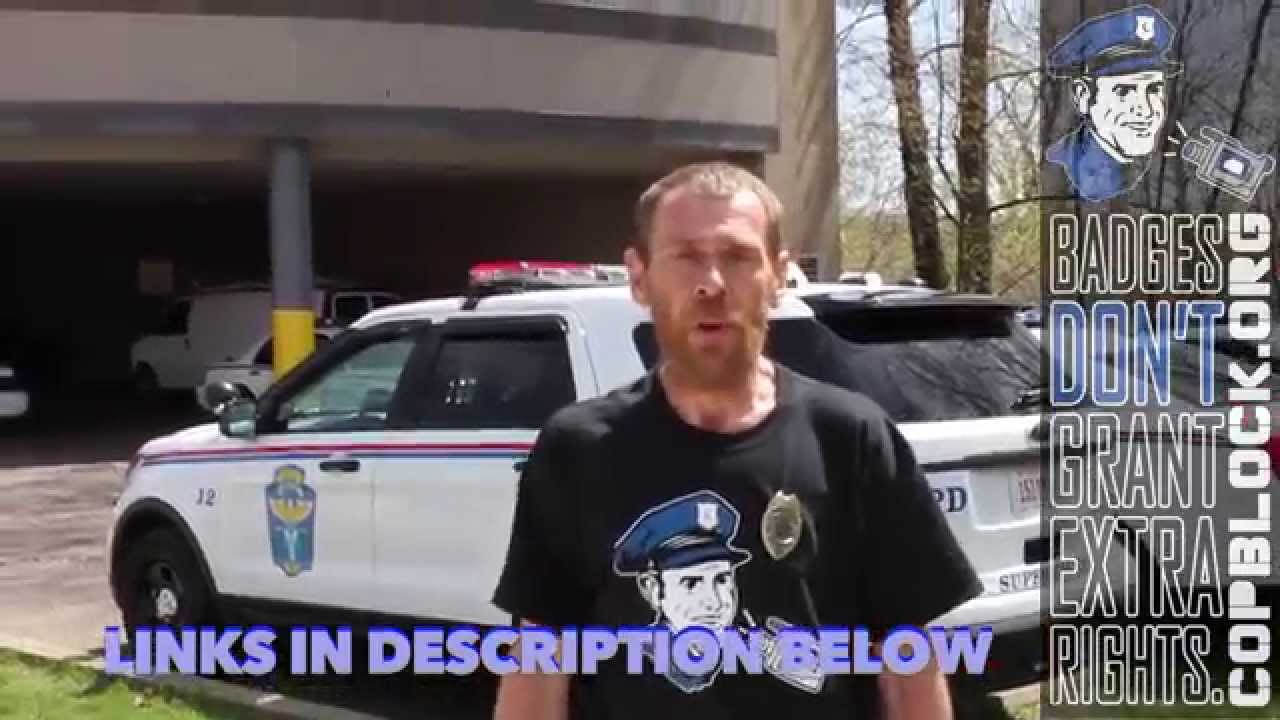 The regular readers of CopBlock.org probably recall Herb Newton, a Zanesville (OH) CopBlocker, who’s controversial method of CopBlocking and arrest for filming police have been blogged about here in the past. It seems that the Zanesville Police department, particularly Officer Tignor, has decided to keep up its harassment of Herb, despite the pending accusations of tampering with evidence and pending court case. Below is a video of Herb receiving a “disorderly” conduct ticket from two other ZPD officers, yet issued by Tignor, for swearing and flipping off Officer Tignor.

It’s been clearly established by the Supreme Court that giving the police the finger is not a crime and  I would suspect the same ruling over actual speech. This further highlights, IMO, the contempt that Officer Tignor has for Herb. It should also be noted that Herb states that Tignor has been repeatedly driving by his house flipping off Herb. Yet, no one has issued Tignor a ‘disorderly’ conduct ticket.

In fact, there is clear evidence that supports claims that Officer Tignor tampered with evidence that was in his custody – or at least he’s the last known person to have possession of such evidence, so to see him in a patrol car while this case is pending is unbelieveable, but to also have him clearly harassing Herb is utterly ridiculous. For a quick reminder of how Tignor feels about Herb watch the video below where he provided us with a glimpse of his thoughts of Herb after he (Tignor) forgot to shut off Herb’s camera after arresting him.

In that video you also hear Tignor arrest Richard, Herb’s nephew, for swearing at him while arresting Herb. This is also freedom of speech and highlights the pattern Tignor has established of arresting people for such things. Tignor clearly has issues handling people expressing their displeasure of his actions and excerising their right to free speech. IMO, I can’t fathom how Tignor is so willing to continue such clear harassment if it’s not approved by his superiors and/or encouraged.

If you feel the same way consider calling the Zanesville Police Department and request that they stop harassing people for freedom of speech; and that they suspend Tignor until the outcome of the criminal charges against Herb.