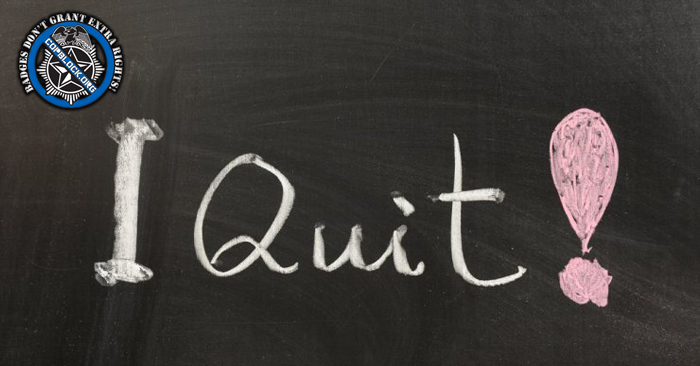 Ryan Flanagan is a (now former) Pasco Officer, whom was one of three (Adam Wright and Adrian Alaniz are the other two) Pasco police officers who shot and killed Antonio Zambrano-Montes back in February of this year. DEO covered this story then stating:

Witnesses say the man picked up a rock and appeared like he wanted to fight officers who responded to a disturbance call about 5 p.m. near Fiesta Foods. One witness told the Herald that the man threw a large rock at a passing vehicle shortly before police arrived.

Police tried to shock him with a Taser, but it had little effect on him, said Ben Patrick, who was just yards away in the grocery store parking lot with his family when the shooting happened.

“The guy was trying to pull the Taser (prongs) out of his arm,” he said.

The man was carrying a rock and may have tried to throw it at police, witnesses said. The grainy video shows him coming at officers on 10th Avenue, then turning and running as police fired several shots. He crossed the intersection onto Lewis Street while three officers chased him.

Now, nearly four months after the shooting Flanagan has decided to quit the force to pursue another job offer. According to the Tri-City Herald:

Kennewick attorney Scott Johnson, who represents Flanagan, said Friday that this was a voluntary decision and no one is forcing his client out of the police department.

“He had a job opportunity come up, and he just thought it was probably a good time to make that transition,” Johnson told the Herald.

Flanagan is leaving law enforcement and will work in the local building industry, said Johnson, who declined to give more details about the job.

The status of the other two officers has not changed.

Flanagan has been with the department for nine years. He was passionate about working as a traffic officer and was instrumental in helping the city get a couple of grants, including one to improve pedestrian safety in crosswalks with flashing lights, said Police Chief Bob Metzger.

“It’s unfortunate that an officer felt he had to give up his career for what occurred,” Metzger said Friday. “We’ll certainly miss him as an officer with the department and we wish him well in the future.”

The family has settled their lawsuit with the police department – as mentioned in the Tri-City post as well – for $100,00 but the prosecutor hasn’t completed their investigation. So Flanagan isn’t in the clear just yet, however, we all know the prosecutors don’t regularly charge police officers anyway. So this part is nothing new, taxpayers paid for the mistake and also for these cops, who have been on vacation for months now.

What is different from most police shootings of this nature is that the officer has decided to quit and not to just join another police force. He’s leaving the business of policing all together. I guess he’s finally realized that the thin blue line is failing and that he’d be more productive to society building houses. I think he’s made a good choice and I hope other officers follow his lead.

If you’re a LEO and would like a little push in the direct of quitting your job visit CopBlock.org’s “Welcome Leo’s” page. Or at least consider offering your services to both individuals and/or businesses. You don’t have to work for the government, your skills are valuable, put them to work for yourself and not politicians. Or follow Flanagan’s lead and change professions completely.