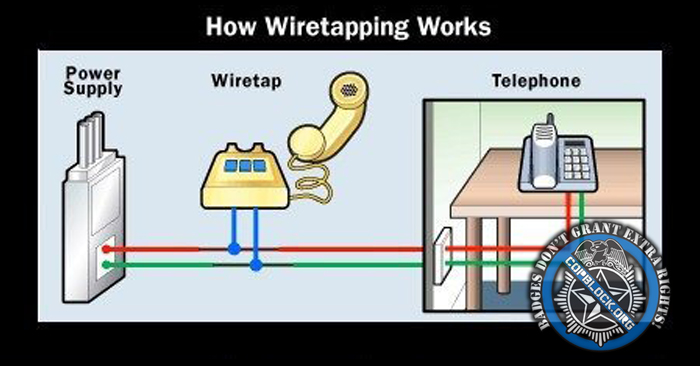 If you’ve been visiting CopBlock.org for a few years you probably know about the Manchester (New Hampshire) Police Department and, possibly, my interactions with them from 2011/2012. For those of you who don’t know about this corrupt police department, let me get you up to speed. Between 2011 and 2012 I had two court cases with the “City of Manchester” that started when their police arrested me (and 8 others) for chalking the police station and felony ‘wiretapping,’ when I broke a story of excessive force by a MPD employee at a local High School. In short, I was found guilty and sent to jail on both charges. Later the Supreme Court threw out my felony wiretapping convictions and I took a plea deal when the stated charged me again with lesser charges (not wanting to do another trial, since ‘winning’ wasn’t possible).

Click the links below for more information about each of those cases.

ADEMO JAILED FOR CHALKING OVER TECHNICALITY Recently I had learned from Brandon Ross, who was my attorney for my appeal and second round of wiretapping charges in Manchester, about Alfredo Valentine’s case with the Manchester Police Department. It seems the Manchester Police haven’t learned their lesson when it comes to their officers being recorded during the course of their public duties. Valentine’s case differs from mine in a few ways. First he was recording them in public and that’s something that’s been clarified in the Glik Ruling (from the 1st circuit Court of Appeals) several years ago. Second, he’s recording an interaction that involves a search of his home. Had the officers simply provided Valentine with a warrant or an explanation of their presence then he probably wouldn’t have felt the need to highlight the officers egregious, or illegal, actions.

Inside the lawsuit (see below), filed June 19th in District Court, Valentine details the events which lead up to his arrest, loss of job and current medical difficulties. He claims that on March 4th, 2015 the Manchester Police executed a search warrant on his home because his roommate was the subject of a drug investigation. Even though the police knew Alfredo and Christopher (the roommate suspected of drug crimes) were not home, violent, or in possession of firearms, the police still choose to raid the home with armed men using flashbangs and other weapons. In fact, the Manchester Police already had Christoper in custody, the Police literally could have walked into the home without any show of force but they didn’t.

When Valentine got a call from his neighbor saying she had his dog he was confused as to how the dog could have gotten out. Still, he left work to retrieve his dog, he put no thought into his neighbor’s statement referencing that the police were all over the area because he never thought the police would have a reason to be in his home. When he approached his home he passed by two undercover officers and encountered a few more as he entered his home. At this point the police officers, although he still did not realize that is what they were, and Valentine were having a verbal exchange. The police wanted him to leave and he wanted to know why they were there. This is when one officer, Sanders (according to the lawsuit), flashed his badge and claimed to have a warrant. Valentine asked to see it but Sanders denied that option, instead told him to come back in one hour. Valentine could have stayed but choose to leave the property and return in one hour. One hour later Valentine returned to his property and parked at his neighbor’s. Upon exiting his vehicle he activated his recording device on his smartphone (learn more about smartphone apps here) and held it out in the open at chest level. The previous officer, Sanders, and another – Laveille – were still there and one of them approached Valentine out in front of his home. Valentine asked again to see the search warrant for his home and personal property. While Laveille was declining Valentine’s request of legal proof, Sanders was walking circles around him and at one point noticed the phone was on. Sanders interrupted the conversation about the search warrant by asking, “Are you recording?”

Laveille immediately stopped explaining the denial of proof for the search warrant and joined into the conversation about the phone recording audio. After a short discussion Laveille says he’s “done” with this conversation and tells Valentine to leave, which he does, but before he can get to his car he hears Laveille say, “Mr. Valentine, stop. We’re going to arrest you for wiretapping.” At that time the duo of Manchester Police thuggery attempted to seize Valentines phone, but he was able to lock it before they took possession of it. This clearly irritated the MPD thugs and they have since kept his phone in their possession so it cannot be released.

Furthermore the MPD, along with the District Attorney’s Office, purposefully added Valentines name to the press release about the raid on his home. Even though Valentine was NEVER CHARGED WITH ANY CRIME RELATING TO THE SEARCH, as the public release falsely stated. “[Valentine] was arrested in connection with the eight–month heroin investigation which yielded over 300 grams of heroin and $16,000 cash.” This press release cost Valentine his job of 11 years with Long Champs Electric, where is was an accounts payable manager. The domino effect doesn’t stop there either, due to his lose of job and bad press – thanks to bad tips from police, Valentine hasn’t been able to find another line of employment. This also has affected the medical care he is in need of, as he no longer has medical insurance.

The Glik ruling was 4 years ago now and the Manchester Police have direct experience with wiretapping cases, so they know they are subject to recording in public space – thanks to the many CopBlockers in Manchester. Why they did this to Alfredo Valentine is picture clear. They either didn’t have a warrant to show him at the time, they merely wanted to punish him for questioning their authority or they were caught saying some pretty stupid things on that recording. Either way, I guess they’re about to get another lesson in public transparency, the right to record and a slap in the face to the tune of 1.2 million dollars. Which is what Valentine seeks in damages.

I’m pretty sure I gave them a good headache, yet, I wasn’t able to affect their budget with a lawsuit, since I actually called the public officials on the phone, but Valentine didn’t. He’s clearly the subject of police intimidation and I hope he shoves it right up their asses.

Welcome back to the pages of CopBlock.org Manchester PD. You just never learn do you?

Places to Reach Out to the Manchester PD: