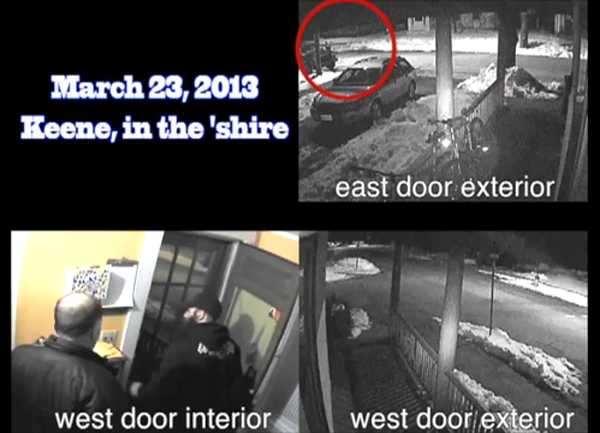 Collier claimed that I owed her employer some money. Why? That’s an excellent question. Collier and her cronies were most interested in my recognition of their claimed dominion.

I certainly didn’t hurt Collier or anyone else, nor did I damage the property of another. So I communicated as much in a motion to dismiss – “When there is no victim, there is no crime. Thus, no one to make whole.”

Check out the statist logic from the legaland lackey who responded: Certainly it’s not surprising that state agents will side with other state agents. They have to maintain their perceived authority, after all.

Still, I stated with a clear conscience, that I would not pay their ransom.

I didn’t cede to the demands of these would-be masters. I was sent paperwork that said my “license/operating privilege” was suspended indefinitely. Oh well. I can say with confidence that my driving skills didn’t decrease one iota.

But later in the year I received paperwork that said my license had been reinstated. I wasn’t sure of the reason but guessed that the negative publicity generated caused those who purport to rule me to backpeddle.

I found out a year later that a friend had paid the ransom. I told him I felt like Thoreau, who on principle didn’t pay a ransom and was caged, while he had acted akin to Emerson, who paid the ransom.

Why reminisce about this rather trivial incident?

To make plain the fact that the “State” cannot be victimized. To encourage you to act freely so long as you don’t infringe on the equal liberty of another.

An action that doesn’t harm another is at most a vice, hardly something that gives another person or group the right to extract your wealth or cage your person. Yet millions are now caged because “the state” claimed to be victimized.

Consider the millions now caged for the victimless act of possessing or selling a certain substance. Or how “the state” claims victim status to steal money and property under the guise of asset forfeiture. And certainly, “the state” plays the victim card most when its actors perceive someone is undermining their authority, as seen in the treatment of peaceful Copblockers and the sham legaland attacks on folks like Ross Ulbricht.

Stand up for what you know is right. You don’t need to consult a book or an “expert” in legalese. Trust yourself and act accordingly then the great fiction of “the state” will diminish. Vices Are Not Crimes: A Vindication Of Moral Liberty
by Lysander Spooner