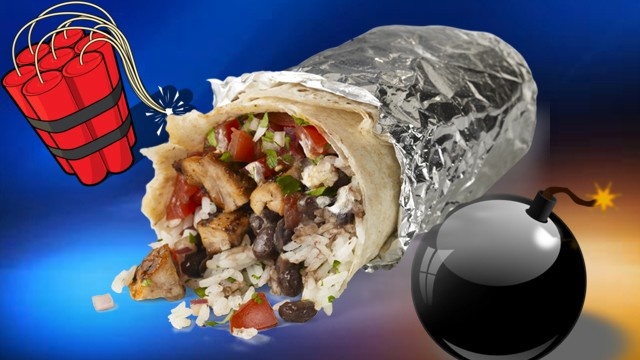 When I was a kid my parents taught me that I should stand up to bullies, lest I would become an easy target for them. That is not always easy to do. Especially when the bully has a badge and most certainly when they have a gun. One man, however, was not about to become a victim. This is his story.

Off-duty Lake County (FL) Sheriff’s Deputy Thomas Jones Thompson has been placed on suspension after a recent arrest for charges that include Aggravated Assault with a Firearm and Improper Exhibition of a Firearm. The charges come after a road rage incident in which Thompson attempted to use his personal vehicle while off-duty to make a traffic stop.

A married couple, Charles Christopher and Sarah Nelson Newcomb, had just left a Taco Bell when the sheriff’s department employee decided he didn’t like how they were driving. Thompson, who is a Master Detention Deputy, already had his own siren and rear emergency lights installed on his personal car. It seems that he was premeditating some vigilante traffic justice. On top of this, in 2013 he was reprimanded for checking out spare patrol cars and using them longer than his work hours and duties would require. Now I am not saying there were warning signs, but…

Not to miss his big chance to play big bad traffic cop, Thompson pulled up beside Christopher and Newcombe and ordered them to pull over. The couple had no idea who this guy was and were confused by the sound of his sirens, which they said sounded like a toy. For obvious reasons, they were hesitant to pull over.

According to the couple, Thompson then began stalking them and trying to run them off the road while brandishing a gun and threatening to shoot.

Thompson claims the couple instigated the swerving and attempts at ramming after he identified himself as a deputy and attempted to get them to pull over for ‘driving erratically’.

At this point, Christopher began yelling obscenities at the man he assumed was just a crazed motorist and chucked a burrito at the motherfucker.

After the couple filed a report, Thompson was arrested and booked into the jail he works at. According to Sheriff’s Department Lt. John Herrell, Thompson is also currently under investigation for another incident, which is not being disclosed at this time.

As funny as this is, it could have turned out much worse. Emboldened by his position of power and a badge and a weapon, this could very easily have resulted in Thompson possibly shooting and possibly killing someone.

It seems there were some warning signs that Thompson may have been unstable or unfit for duty as a public servant. His incident with the patrol cars and personal habits were one clue, as likely was the content of the other unknown investigation. Perhaps if these investigations were being conducted thoroughly and in a timely manner, this deluded maniac cop would have been out-of-work long ago.