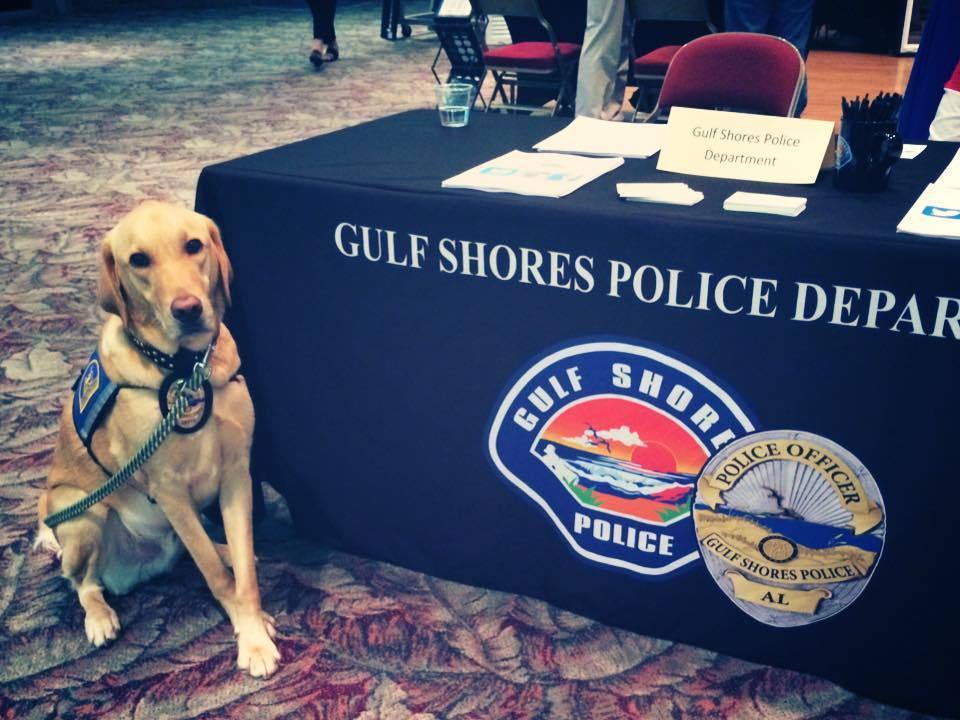 Corporal Josh Coleman of the Gulf Shores Police Department in Alabama left his K9 partner, Mason,  in a police cruiser after he allegedly forgot the dog was in the car. Th incident took place on June 18, 2015.  The officer left the dog in his cruiser to go inside to do paperwork after the two had returned from a Hurricane Prep Conference in Gulf Shores. The department released a statement on it’s FaceBook page on June 22 about the death of the dog after public outrage over the incident.  The department has downplayed the incident via the slippery reasoning that the K9 was not an enforcement K9, but rather a “Community Engagement Officer.”

In the department’s initial press release Mason says, “This dog was thoroughly trained by a national organization located regionally in Orlando (Canine Companions for Independence) to work on the force to ‘enhance community policing and aid victims and witnesses of crimes.'”

Sgt. Jason Woodruff, who is the author of the public statement writes, “Mason was not an enforcement K-9. Enforcement K-9’s spend a good deal of time in their handler’s vehicles, so those vehicles are equipped with remote heat alarms, water bowls., and other protective measures. Because Mason’s duties did not include long periods in a vehicle, those protective measures were not available in his handler’s car.”

An updated story from WKRG News 5 has revealed that there is indeed an investigation being carried out into the death, and that formal charges are possible, and that the investigation is being brought before the Baldwin County Grand Jury for review.  Community members interested in bringing justice to this tragedy have also started a petition to bring charges against Cpl. Coleman for his negligent actions, which inevitably led to the death of K9 Mason.  You can sign the petition here.