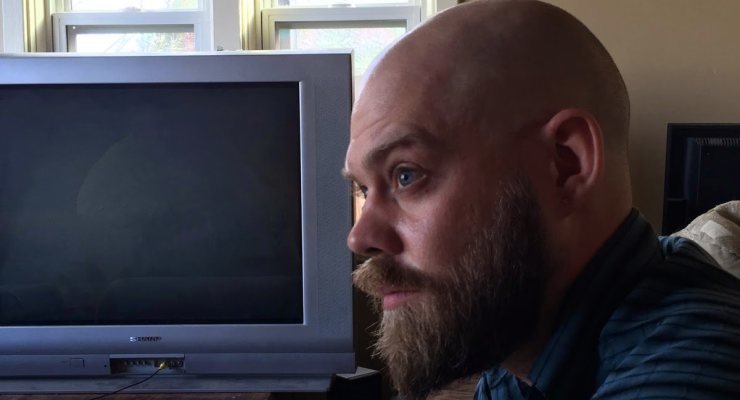 This story comes to us from our Submit tab on CopBlock.Org by A.J. Ellis.  We originally brought you the story of Matthew Townsend being arrested and facing felony charges supposedly for witness intimidation back in March.  On March 20, Matthew simply posted to his Facebook account that he intended to protest the officer that arrested him on these trumped-up charges.  There were no threats of violence made against this officer.

On June 26, 2015, Free Matthew Townsend held a protest in front of the Meridian, Idaho city hall to bring awareness to his harassment by the Meridian police, who are trying to send him to prison for five years for announcing his intention to protest the government. The page Civilians Against Cop Block apparently did not appreciate the fact that people were willing to come out in the 100+ degree heat for three hours to make a statement against the abuses inflicted by the police in Meridian. So they sent trolls to harass and obstruct the much smaller “Free Matthew Townsend” Facebook page.

Matthew Townsend was arrested in January by Richard Brockbank for “resisting or obstructing,” for walking away from him, even though Matthew was not being arrested or detained at the time, while he was holding a sign on a sidewalk in Meridian.

During the court proceedings following his “resisting or obstructing” arrest, Matthew posted to Facebook, announcing his intention to protest the police employee who wrongfully arrested him, and in March was arrested again, this time charged with a felony for “witness intimidation.” He now faces five years in prison.

Will Grigg has been covering the story well, with first his article “A Felon for a Facebook Post,” followed by “To Crush a Cop Watcher,” and others that are well worth the read.

A number of supporters from the area have organized to oppose this abuse by the local police, and have been holding protests to raise awareness about Matthew’s plight and demonstrate the corruption of justice that is taking place. On the 26th, they held another protest for 3 hours at city hall in 100 degree temperatures.

This protest wasn’t appreciated by someone locally, who informed the page “Civilians Against Cop Block,” who decided to send trolls to the much smaller Free Matthew Townsend Facebook page.

If you’re inclined to share the same back to “Civilians Against Cop Block,” I have provided a link below:

I want to thank Cop Block for all of their support for Matt. He’s a good guy, and he’s facing 5 years in prison for no good reason, and without decent people like you, his story wouldn’t be told.

Thank  you to A.J. for updating us on this continuing story.  It’s truly sad when the blind allegiance to these oppressors of civil liberties drives a group of people attempt to shut down a peaceful protest due to their own ignorance.  The whole case revolves around the rights to free speech and this group of individuals show their true colors by trying to silence that free speech just as those they support do.